My son had a random midweek day off in November so we took a day trip to New York. The main draw was the Pixar show at the Cooper Hewitt Museum. I was hoping it would be something like the huge show at the Oakland Museum but even if it wasn’t, I was looking forward to both comparing and seeing new items from the 5 years of movies released since the Oakland show.

It wasn’t as good. But it was still fun. Whereas the Oakland show was about the artifacts and explaining the whole process of making the movie, the Cooper Hewitt show was much more interested in being interactive and getting visitors involved in the process of designing the movie. I actually prefer the Cooper Hewitt approach except the room was very small and relied on a lot of digital artifacts rather than letting us see all the sketches and maquettes and things.

My son though loved doing the sketch activities and playing with the giant interactive tables. And he enjoyed seeing the few artifacts they did have on display. A little bit of wonder goes an amazingly long way with kids and he was very happy to see is “friends” in a museum. 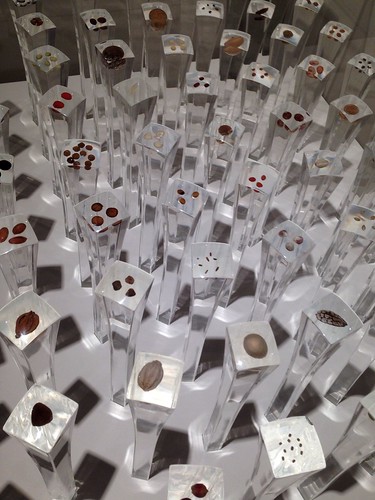 We also wandered—sorta quickly—through the rest of the museum. There was a fantastic exhibition on Heatherwick Studio which, even if I didn’t have a hungry first grader in tow, I probably wouldn’t have as much time as I wanted to really study everything. A lot of the things here looked like crazy pipe-dream architectural concepts* except that low and behold many of them have actually been built.

*Similar in wonder and the apparent impossibility of execution as Lebbeus Woods’s mind-blowing stuff.

I particularly like the experiments into expandable furniture as well as the way they use multiple repeated small structures to create a cohesive object. But everything feels like playing with materials, manufacturing, and space in ways that aren’t just “hey look what I can do” but are really thinking and exploring how these materials and methods can inform the way we interact with buildings.

There was also a poster exhibition which worked as a great primer on graphic design fundamentals. The print nerd in me really liked it too since it went into some of the nitty gritty of manufacturing in addition to covering a number of the basic design principles that designers return to.

After the museum we wandered back to the subway through Central Park. It was a wonderfully nice fall day so it was good to just be outside in the last of the fall color. 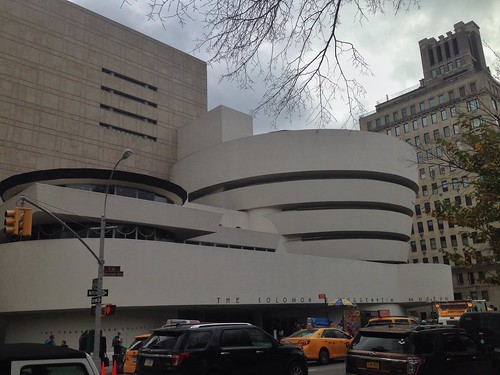 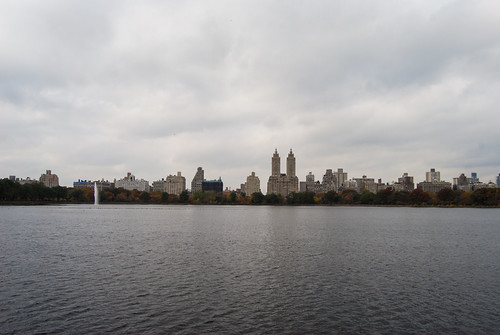 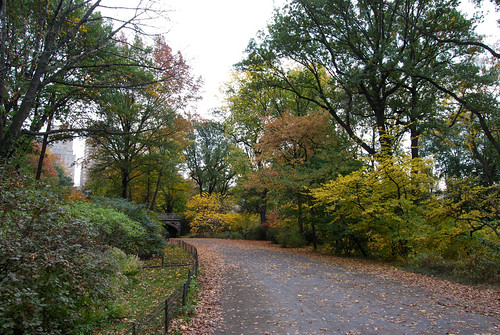 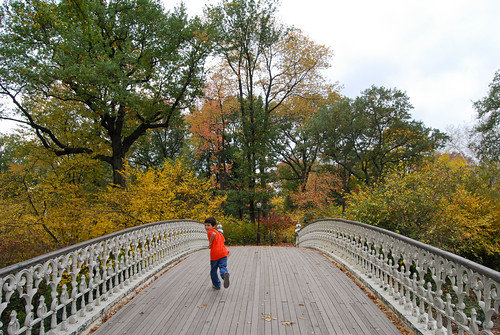