The main attraction at Pu‘uhonua O Hōnaunau is the place of refuge and learning about the Hawaiian culture. But the park is much bigger than that and includes a portion of the Ala Kahakai trail—the same belt trail I walked in Waikoloa. This portion of the path is known as the 1871 trail and goes much closer to the coast than the previous length I’d walked.

It’s also much further from help than the trail in Waikoloa so the ranger double checked that I had plenty of water before pointing me in the correct direction and warning me that since it was part of the belt path I could keep walking for a long time. Thankfully the edge of the park is marked with a dry toilet so it’s pretty clear where a good turnaround point is. It’s not a long walk—maybe 3 miles round trip*—but it was very hot and I ended up covered in salt afterwards.

*100-mile drives and 4-mile walks became my expected daily experience on Hawai‘i. And I was taking things relatively easy. It would have been very easy to walk and drive at least twice as much.

Being part of a National Park, there was much more information available on this hike as I walked past Ahupua‘a borders, animal pens, Holua runs, and other remnants of the Hawaiian settlements here. Then I got out onto the cliff edge where, in addition to seeing a very cool beachscape of small bays and caves caused by eroding lava tubes, I also got to see some lava falls. 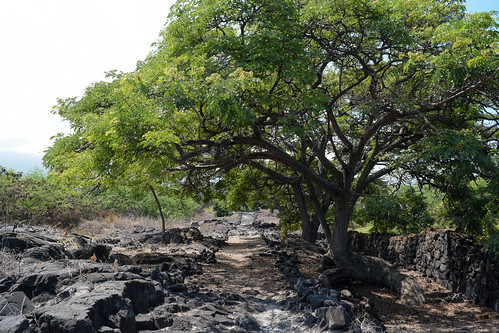 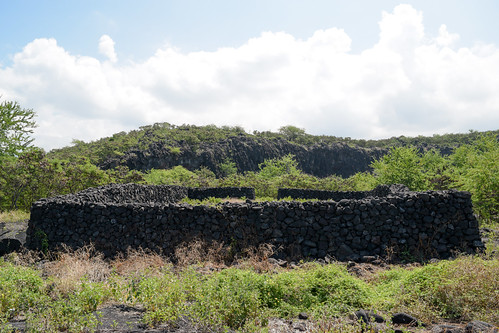 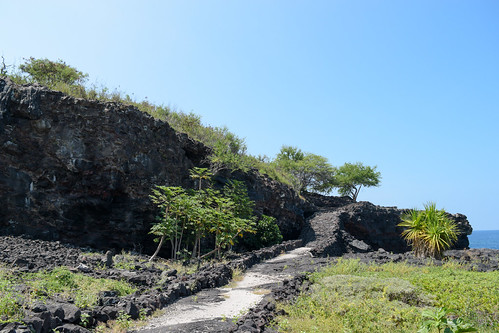 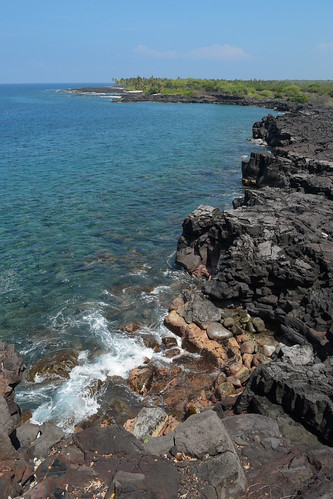 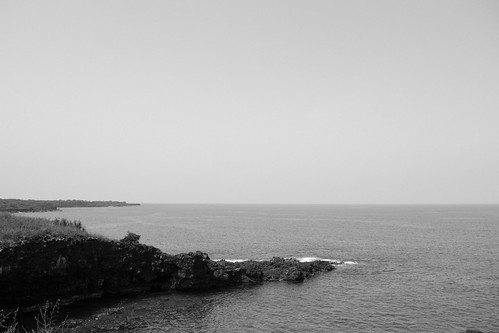 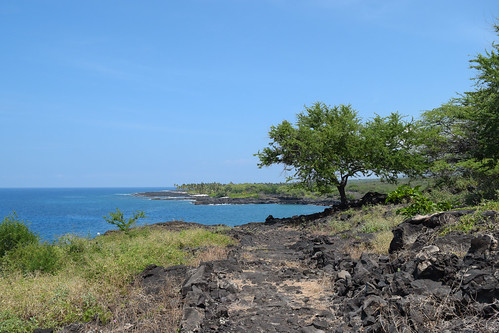 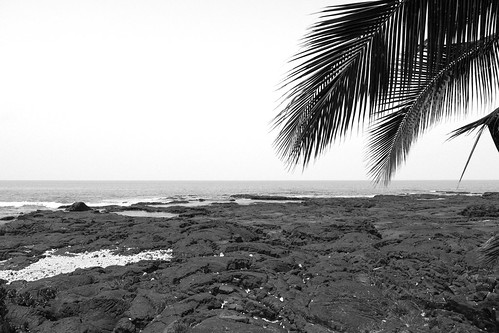 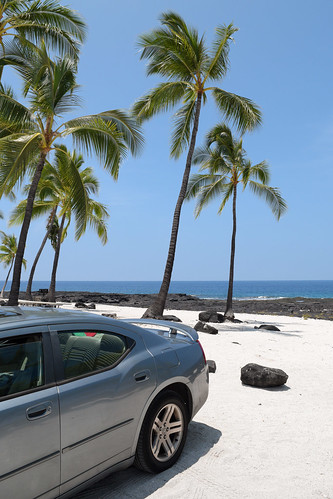