Due to the hot afternoons on the leeward side, I tried to get all my day trips in in the morning. Kailua-Kona was ideally situated to grab lunch after those trips—either by being close to Kaloko-Honokōhau or on the way back from Pu‘uhonua O Hōnaunau.* It kind of reminded me of Santa Cruz—in both a good way and a bad way. There’s a definite sleepy beach town feeling to it, but it’s also all touristed up and feels like a place where the locals no longer spend any time.

*I also hit it for lunch on the way to the Airport on my last day on the island.

Of the lunches, the highlight was eating at Da Poke Shack, but the real gem was One Aloha Shave Ice. I initially sort of side-eyed the “organic, home-made” label but they proved to be the best-tasting syrups I’ve ever had. No bright colors but instead of being overly sweet they were super fruity—or, in the case of the kona coffee syrup, just super strong and tasty. All told, I ended up trying their guava, lichee, lime, lilikoi, li-hing, and kona coffee. I want to go back.

*In my defense, I was running out of time on the parking meter.

Having previously visited Hānaiakamalama (Queen Emma’s Summer Palace) on O‘ahu I was expecting something very similar out of Hulihe‘e. I couldn’t have been more wrong. Where the Hānaiakamalama tour focused on the last years of the Hawaiian monarchy, leaving me feeling sad for their decline and the way they’d given up so much of their culture in exchange for becoming pseudo-Europeans, the Hulihe‘e tour was about the beginning of the monarchy and all the difficulties involved in establishing itself and dealing with issues of succession.

There were artifacts on display which Kamehameha used and which allowed the docent to explain how concepts like mana worked in Hawaiian society. The tour covered Liholiho/Kamehameha II, Keōpūolani, Ka‘ahumanu, the ʻAi Noa and the breaking of the Kapu system. Rather than seeing the increased westernization as a tragedy—or as an inherently good thing—this story gave me a better understanding of just the complexity of the situation and why Hawaiian society was primed to make that conversion the way it did.

The tour also covered how the Hawaiians chose to settle on the dry leeward side of the island instead of the wet windward side. It rarely rains on the leeward side and there’s little to no fresh water on the surface. However, between the better fishing and the existence of freshwater springs in Kailua Bay* it was better to settle here.

*You can see where the springs are on the surface of the bay because of the different water texture. If you’re swimming it’s apparently really obvious because the freshwater is much colder than the ocean water.

The best part of the tour though was in the history of the house itself. Much of the evolution of the monarchy, and society, is tied up just in the history of the building. It started off as a rock house with koa paneling and an external hālau in which many of the royals stayed rather than sleep indoors. Then it gradually evolved into its current form with a fake brick exterior and victorian paneling inside. But royals might still sleep outside and meals would still be prepared in an imu. 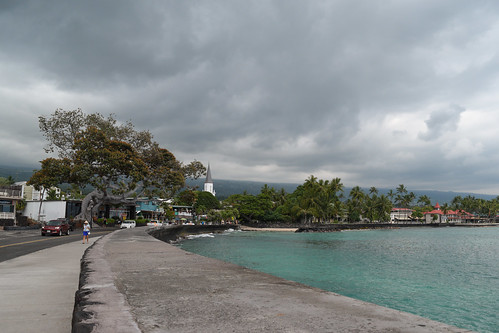 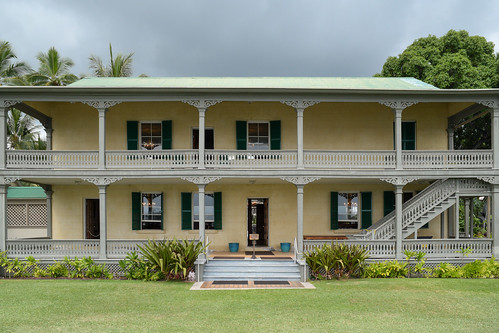 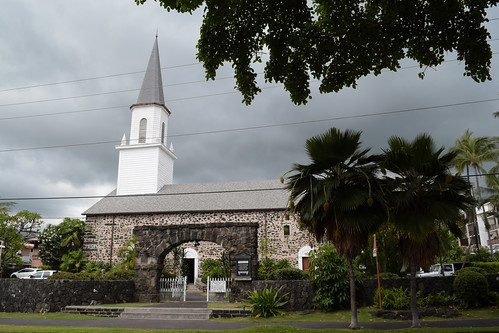