Once the conference ended we drove from Waikoloa to Hilo. I chose to take the long way by going up along the coast to the Pololū lookout, down through the Kohala mountains to Waimea, out to Hāmākua on the coast, back up the coast to the Waipi‘o lookout, then down along the coast—with a quick stop at Akaka Falls—to Hilo. Lots of driving. Lots of stops to get out and take a look and stretch our legs.

I’d driven the first portion of this drive the previous day as I had checked out the Pololū lookout after visiting Mo‘okini Heiau but before heading back to Pu‘ukoholā Heiau. Going there around lunchtime is nuts. Way too crowded and no place to park. Getting there first thing in the morning the next day meant we had the whole place to ourselves for a little while. We could hear the surf breaking down below and just enjoy the location.

If we weren’t driving all day we’d’ve considered doing the hike. As it was, we just admired the view and hiked up the road a bit to get a good view of the islands and the pali. 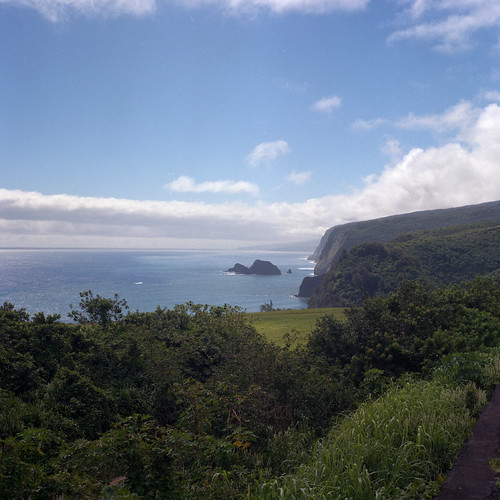 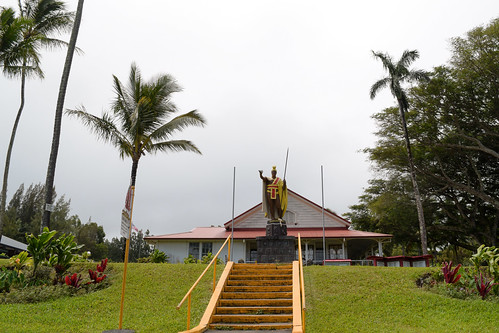 Driving through Hawi and Kapa‘au reminded me a lot more of the Hawai‘i I remembered as a kid. Not just because of the wet verdant jungle nature of the windward side but because of the way the homes felt. Where Kāne‘ohe now has all the residential lots kind of overdeveloped and crowded, the small Kohala towns still have small houses—many of which are sort of on blocks and look temporary even though they’re not—with largish yards separated by cinderblock walls.

I felt a strong sense of home driving through here even while I recognized that the locals are out here to be away from the tourists. So all I did was snap a photo of the Kamehameha statue from the care as I drove past. 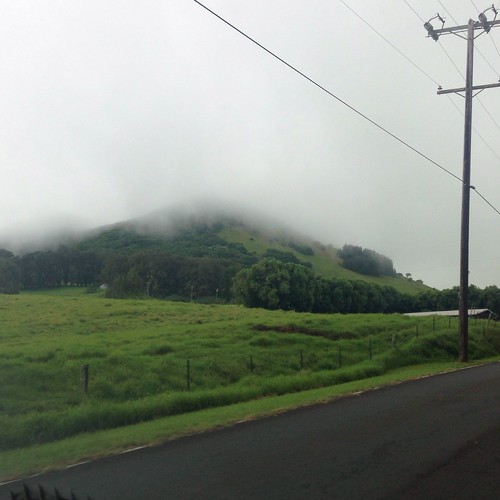 Taking the Kohala Mountain Road down from Hawi took us through a completely different kind of landscape. This was ranch land and forest land. Open fields of grass. Thick trees which reached over the road. And all throughout were these wonderful green hills with sides that were steeper than seemed possible* so that the scattered trees which grew on them looked more like bushes because they couldn’t grow away from the hillside.

*We only realized later that these were volcanic cones.

The first time I drove it I should’ve pulled over and taken photos because the second time it was so foggy—I think we were actually driving through a cloud—that it wasn’t safe to stop the car. 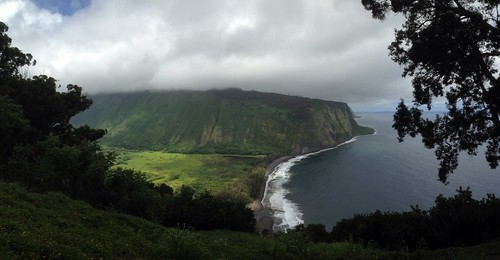 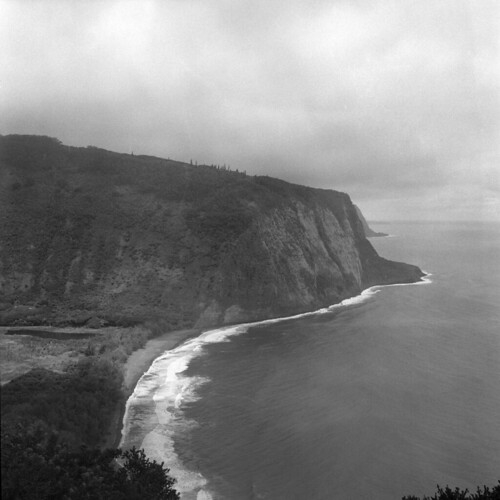 As we continued through Waimea and headed out to the other side of the Island, the land got less ranch and forrest-like and instead became more tropical. Instead of going straight toward Hilo, we took a detour to go see the Waipi‘o lookout. Since we got there closer to mid-day the place was hopping. We, again, chose not to hike down and instead took the same photo of the view that everyone else does. It’s a hell of a view though as you can see the black sand beach and waterfalls on the cliff beyond.

We also watched all the cars queue for the drive down. There’s a ranger there to confirm that everyone has 4-wheel drive and make sure no one starts the drive unsafely.* There were lots of people in rental trucks taking the drive even though I’m pretty sure that the rental agreement explicitly forbids it.

*This reminded me of the ranger who made sure I had water and a map before letting me start the 1871 trail. 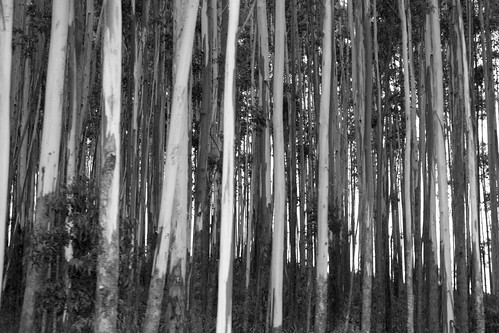 Driving back out through Honoka‘a and then down around the coast on the Māmalahoa Highway took us through a few more climates. First, there were some more wonderful forests of densely-growing trees but no underbrush. Then as we got closer to Hilo things became more rainforest-like where everything was just covered in growth and as we found along the coast we could catch a glimpse mauka-side of some cascades peeking through the greenery whenever we went over a bridge.