After a quick walk around town after arriving in Hilo, we decided that since we’d been driving all day anyway we might as well head out to the Mauna Kea Visitor Center. So it was out to the Saddle Road and then up the side of Mauna Kea. Our poor rental car had a tough time with the access road’s crazy grade* as it wound up to the Visitor Center at ~9000 feet.

Of all the places I planned to visit, Mauna Kea was the one I researched the most. A lot of this was weather/clothing related—we chose while packing for vacation not to go to the stargazing or up to the summit because we didn’t want to pack cold weather clothes just for one night—but I was also concerned about the Thirty-meter Telescope protests since I supported the protesters.

It’s tough. From a science point of view the Keck Telescope is an amazing scientific accomplishments which everyone on Earth benefits from and of course I understand why building a larger telescope on the site is appealing. At the same time, yeah. There’s a point at which more development ruins a place and there’s already a risk of the site being overrun. I was pleased and relieved to see that the protests had won and that construction vehicles would be removed from the site.

And that’s without even getting into the cultural aspect of the place. The visitor center, as expected, had a lot of stuff about astronomy,* but it was actually more focused on explaining Mauna Kea’s part in Hawaiian culture and spiritual practice. Some of this was in terms of the history of the mountain but to my surprise, much of it was actually about the current usage. It didn’t touch on the protests but, because the visitor center is also a trailhead for people who hike through the area, it was about respecting the site and not disturbing any of the altars, shrines, or offerings which are all over.

*Especially in the gift shop which was either astronomy-related or cold-weather clothing. It appears that many visitors don’t realize how cold it is at 9000 feet.

Just seeing how many of those altars and shrines are on the mountain confirmed my support of the protests. Mauna Kea is clearly obviously a sacred place and has been such a space for a long time.

Despite not going to the summit, being at the visitor center elevation is kind of an amazing experience in its own way. The mountain air is brisk and refreshing and feels like a different world than the air on the coasts. 9000 feet is high enough to be above the cloud level and get me a bit lightheaded.* The light is different—both more harsh and somewhat of a sparkle which reminds me a little of New Mexico.

*As with the Waipi‘o lookout and 1871 trail the rangers here were also super strict about letting people drive to the summit. You had to check in at the station and confirm you had a full tank of gas, 4-wheel drive, no heart conditions, and were over 18. Then you had to wait 30 minutes before starting your drive up.

The drive back down made me extra happy that we’d not stayed for stargazing. I don’t think I’d want to drive that road in the dark. The only benefit that darkness would’ve offered was keeping me from getting distracted by being able to see down into all the small cinder cones in the area. It was while descending Mauna Kea that we realized this is what all the hills in Kohala were. When you’re right up against those hills you can’t tell that they’re cones. Only if you have some distance, or if you’re above them, can you really tell what they are.

We drove over the Saddle Road on our way to the airport a couple of days later and saw many more small cinder cones once we climbed out of the rainforest and whatever you call the developing forest of trees which look like they belong in a Dr. Seuss book. At the top of the saddle where the lava flows from Mauna Loa are still somewhat recent there’s not a lot of growth and instead you see the just the silhouette of the mountains on both sides of you. It’s an odd landscape where nothing’s really growing and no one’s really living. Only once we got to Hualālai and started to wind our way down to Kailua did the vegetation return. 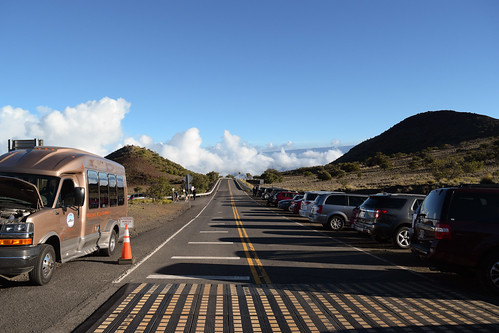 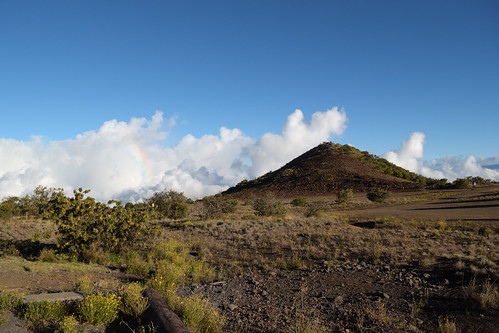 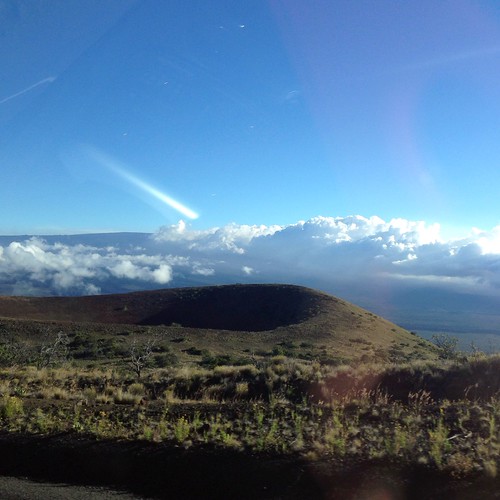 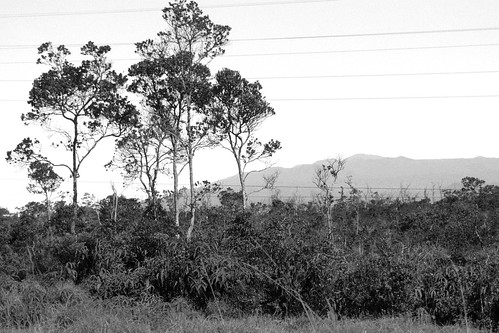 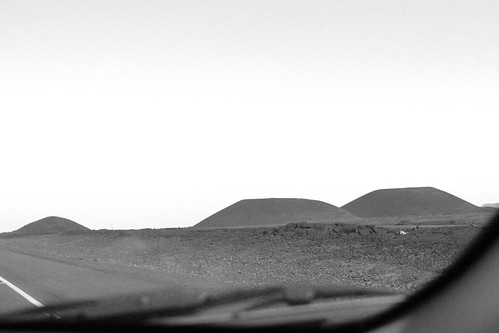 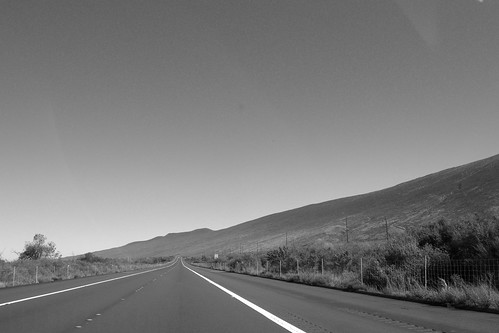