We spent our first day in Hilo at Volcanos National Park. We left nice and early because we planned to do the Kīlauea Iki trail and wanted to finish it before it got hot. It’s a good hike, not too long at 4½ miles but long enough that we packed plenty of water. We chose to go around the edge of the crater before crossing the crater floor and it was nice to start through the cool forest of ferns and everything while we studied the hiking guide which told us the backstory of the Kīlauea Iki eruption.

By the time we’d descended into the crater we had a pretty good idea of what we were looking at. Which was good because being in the bottom of the crater is a completely different experience which causes you to lose a lot of perspective. First, while the trail is completely obvious from above it’s completely invisible on the surface. There are cairns which mark the path but you can’t see any of the grey stone that you can from up on the crater rim. The crater floor is also undulating and cracked. It looks like it should be flat but it’s a strange, surreal surface which reminds you with every step how it used to be liquid.

You can feel the weight of the lava and the stored heat of the earth here. This is new earth, new rock still fresh from its formation where plants are only beginning to take hold and there’s no topsoil yet. What little dirt there is collects in the natural channels of the surface as water and wind* deposits but there’s still not enough to sustain much life. I realized how used to walking on earth I was and how little padding was left in my shoes. The rock is hard and sharp. Where it’s cracked you have to be careful not to scrape or cut yourself.

*There was a wonderful breeze along the crater floor which made the hike very comfortable.

After climbing back to the ridge we took a quick walk through the Thurston Lava Tube before finishing the loop and getting back to our car. I don’t have much to say about the tube itself but we’d seen various lava tubes and caves all over the island already* so it was nice to actually walk into and through one.

*Many of which are right along the highway and cars and tourists will pull over to go exploring in a way which strikes me as wildly irresponsible. 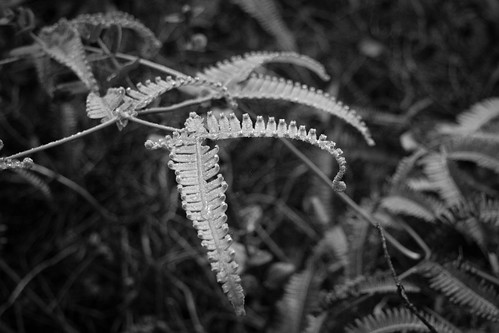 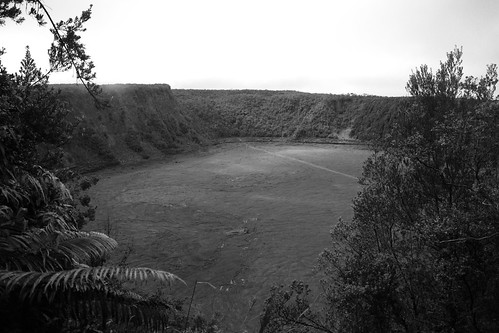 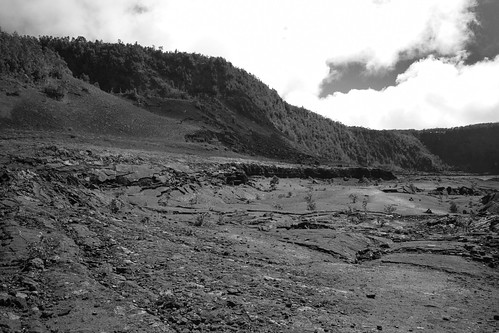 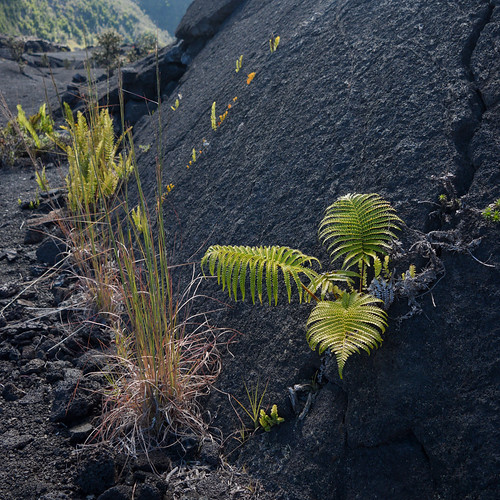 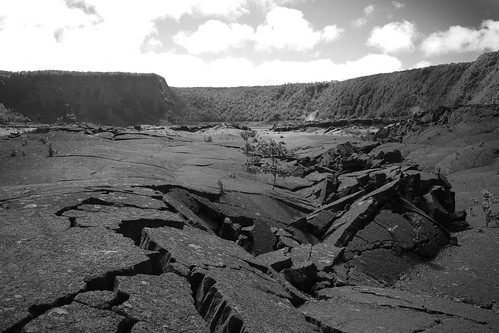 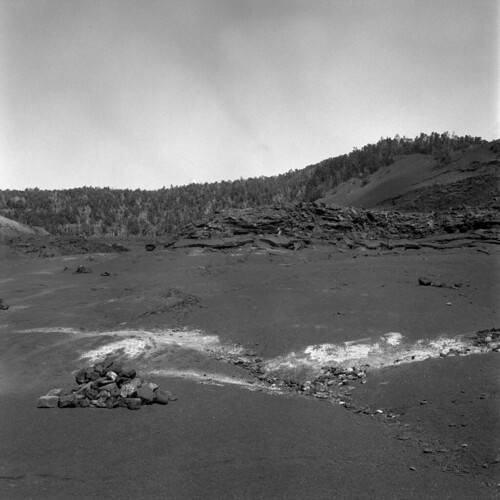 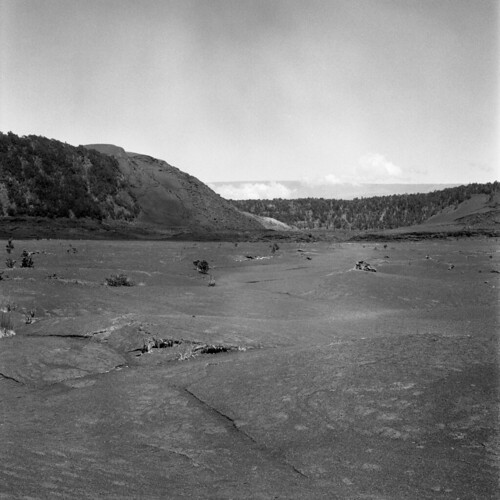 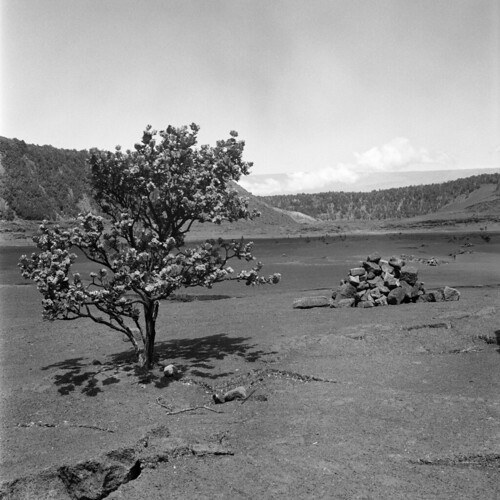 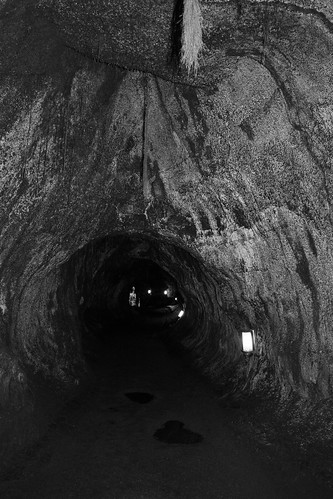 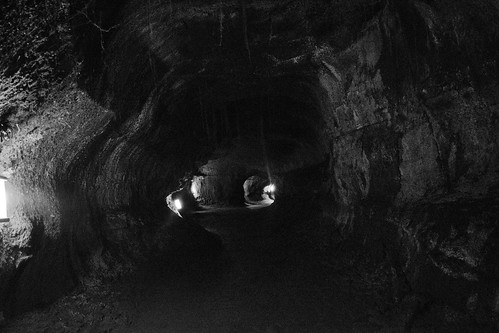 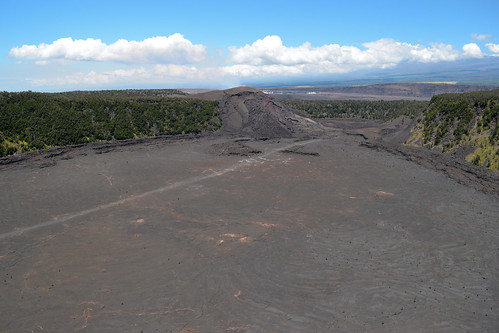