After walking along Crater Rim Drive to see Halema‘uma‘u and before going to the Jagger Museum, we drove Chain of Craters Road to the Hōlei Sea Arch. We took our time, pulling over whenever we saw something interesting or if there was a pullout to go look at yet another crater. It’s a fun drive out toward the ocean through fresh lava fields. The nice thing about this drive is that each pullout explains the date of the field we would be standing in and describes each eruption, how it occurred, what parts of the road were covered, etc.

In most parts of the world, the geologic history of the land is hidden in the stratigraphy under the earth and only where the stratigraphy is exposed can you figure out what happened there. On Hawai‘i, the lava flows are visible everywhere and tell the story of how the island was built. Because the Chain of Craters road goes through the most-recent flows, it serves as a primer on looking at the landscape in general and allowed us to think about the other parts of the island we’d been to and put together how the lava flows had created and shaped the landscapes everywhere else too.

Our hotel in Hilo had a wonderful map on the wall which marked all the lava flows on the island and included the dates—or where they predated western contact with the islands, the Hawaiian names—of those flows. I’ve been trying, and failing, to find a copy of that map since the lava flows have become one of my most-vivid memories of this trip. It’s not the being on the flows either, it’s the driving along the highway and just seeing dark patches flowing down the mountain side* or noticing that the vegetation has gotten more sparse and recognizing that we were passing through a newer portion of the island and wondering when that flow occurred.

*This was the other thing besides the cinder cones that we kept seeing when we drove over Mauna Kea.

At the end of the road is the Hōlei Sea Arch and a parking lot for the trailhead to go look at the lava from Pu‘u ‘Ō‘ō as it flowed into the Pacific Ocean. It would’ve been an 8-mile round-trip walk to see the lava. Nothing too strenuous but it would go over rough lava and after having hiked Kīlauea Iki earlier, we were both wary of how sharp the lava could be.

We’d seen so many people being stupid already by walking close to the edge and trying to get a better view of the ocean that we didn’t want to see them be stupid around lava either. Having already seen Halema‘uma‘u breathe we knew we respected the volcano too much to be with a bunch of tourists messing around with it.

So we enjoyed looking at the ocean and seeing it crash into the lava cliffs. Then we turned around and went back up the ridge to go to the Jagger Museum. Do I still have some “what ifs” and “if onlys”? Absolutely. But I’m also perfectly satisfied with what I did see. 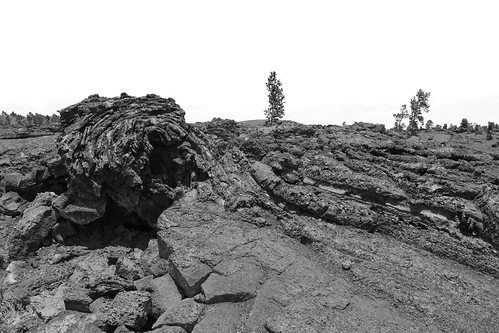 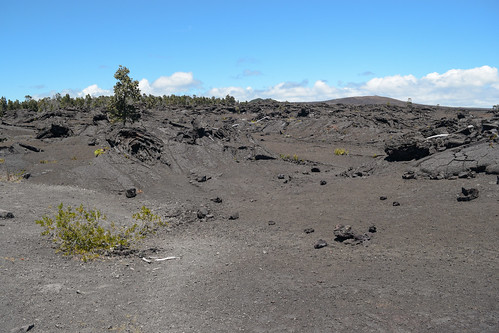 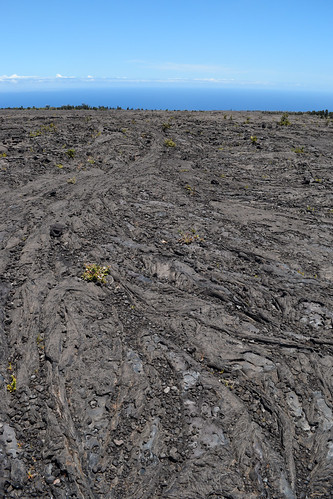 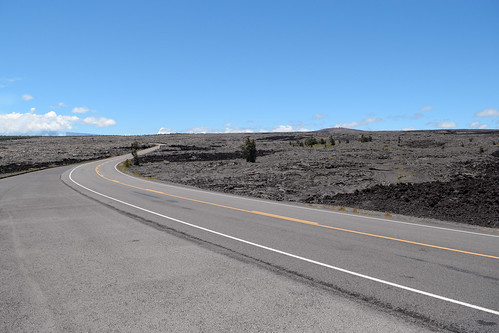 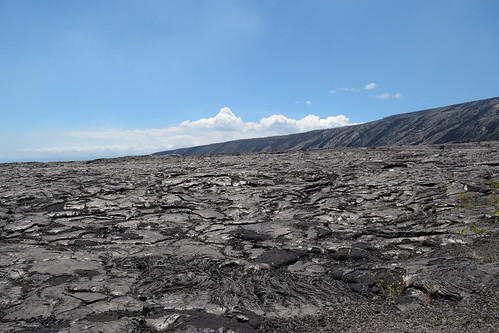 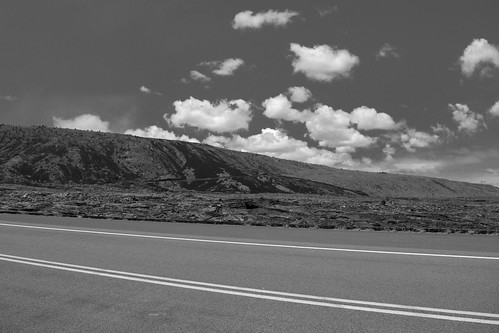 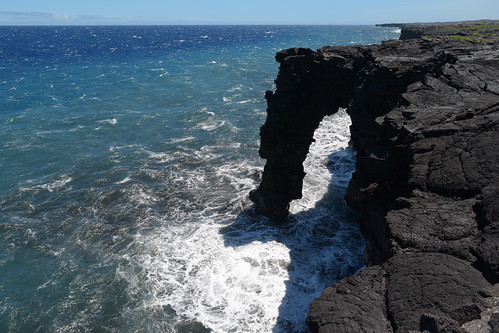 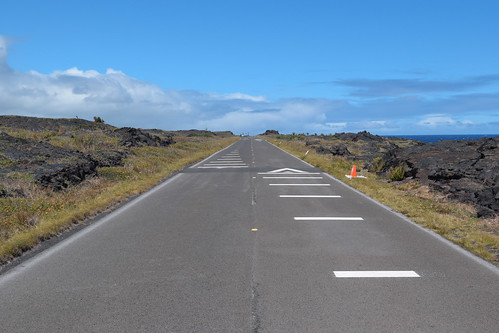 One thought on “Chain of Craters”