A quick roundup of other highlights from my visit to the Philadelphia Museum of Art after looking at Mexican Modernism and Vlisco. 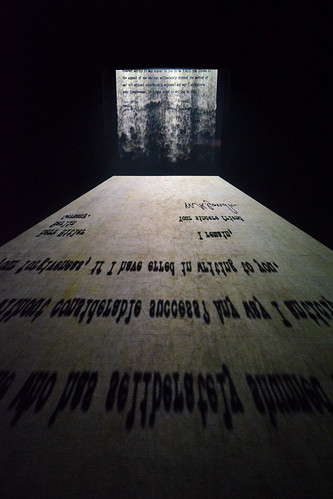 Jitish Kallat’s* Covering Letter is an interesting counterpoint to all the anti-fascist art on display in Mexican Modernism. I appreciate the ideal of appealing to peace and compassion in the face of hatred and violence. But I also like the ambiguity of the mist being both an indicator of the inability of one party to receive and understand that message and a reflection of how maybe words and compassion might not be sufficient. As with the anti-fascist artwork, Kallat’s piece is sadly extremely relevant to today’s reality.

*I’ve previously seen another of his installations in San José. 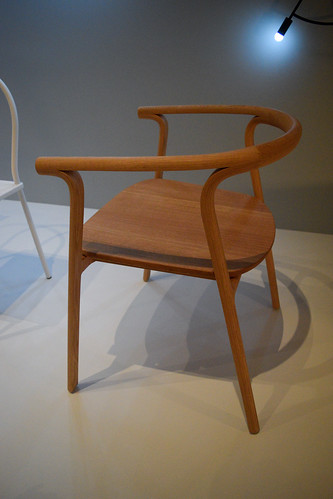 This was actually a design installation featuring three designers. I wasn’t really feeling it with Faye Toogood* or Zanini de Zanine,** but I really liked Oki Sato’s work and the way he’s really pushing both the technical properties of how things are built as well as playing with how products are used and interact with each other.

*Her work reminded me of Droog Design but with only a superficial understanding of what made a lot of Droog’s things so smart. But I did really like the idea of listing everyone who made the clothing on the tag.

**Nice reclaimed wood furniture and very nice to see some sustainability being brought to design. But I wasn’t struck by much beyond the materials sourcing. The pieces were nice but sort of forgettable.

His dishes are great, especially in how they recognize that people do more than just eat with them. They’re meant to literally be played with and they bring a smile to my face. I especially love his chairs though. Some, like the fadeout chair, are possibly too clever. But others, such as the splinter chair, result in a complete reimagining of what’s possible with laminates, wooden rods, and joinery.

In most cases though the result is both extremely subtle while also being an in-your-face flourish. I’m not sure how he manages to do that but I’m impressed. 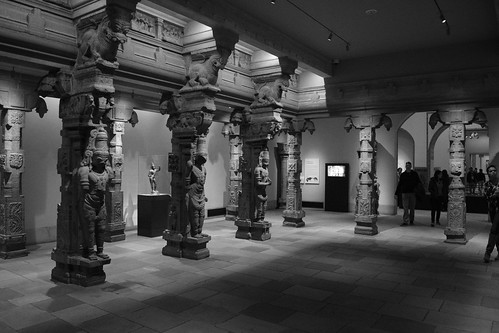 After my experience at The Met last year, I’ve become increasingly suspicious of these encyclopedic museums—especially when it comes to art from non-white cultures. Rather than walking through “The Basement” though I was pleasantly surprised by the redone South Asian galleries and how they’re as much about the evolution of how the museum has treated the artwork as they are about the artwork itself.

In room after room, there was wall text or an interactive display about where the art came from, how it was acquired, how it used to be displayed, and what previous curators believed the goal of the museum should be with respect to the artwork. This became especially interesting given how the Philadelphia Museum went through a “collect entire rooms” phase and many of the galleries in this wing are literally entire rooms which the museum acquired.

The information about the temple hall is especially good because not only does it have a very interesting history in terms of acquisition and display* but also serves as the inspiration for acquiring other rooms to display alongside the hall.

*Originally purchased from a rubble pile, re-assembled in Philly, have gone though multiple conceptions of light levels and scholarship into how they were originally experienced.

I wish more museums follow Philadelphia’s example here. As interesting as the artwork is in terms of what it tells us about the culture it came from. the way that we’ve acquired and chosen to display things says a lot about the way our culture has evolved too.