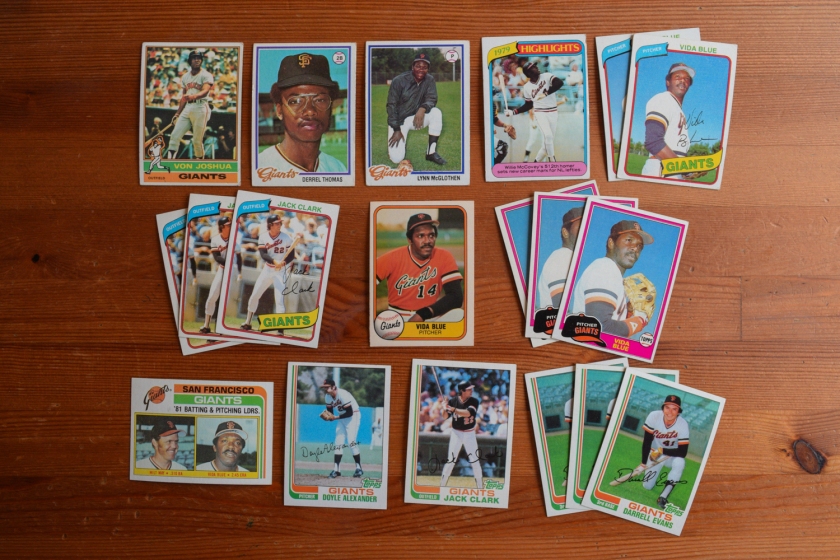 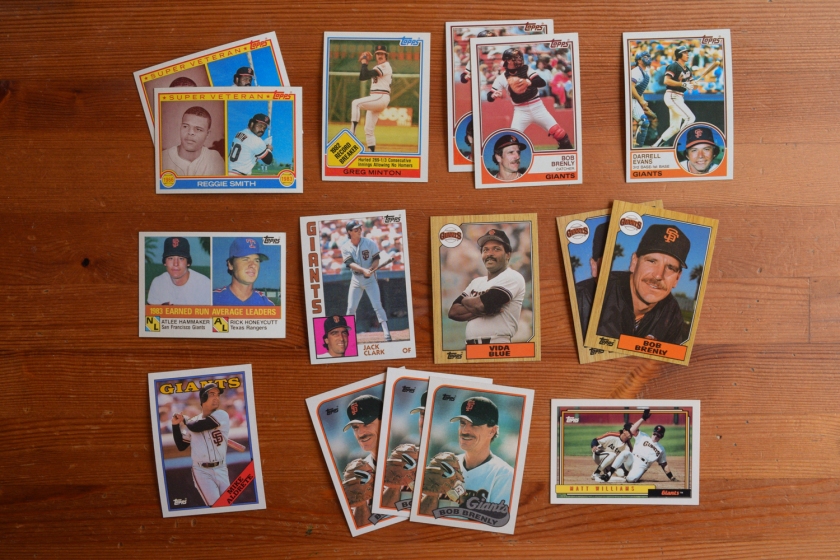 There’s good news and bad news here. The bad news* is that I’ve been doing very well at covering my mid-70s to mid-80s Topps Giants needs. What few holes I have now are all rookie cards where the Giant is sharing the card with someone else who commands a premium. Which means that the only truly new card for me here is the 1981 Fleer Vida Blue.

*Well for this mailday. It’s good news for my collecting goals.

Filling in non-Topps team sets is an activity which I haven’t officially embarked on—there’s no wantlist nor do I have plans at this time to make one. Yet I’m passively accumulating cards in the unused pockets of the past page of each Giants team set* and am enjoying adding the other brands and oddballs to the timeline of Giants Topps history.

The good news about this stack though is that many of my cards aren’t in the best condition—especially regarding print quality. I don’t care much about dinged corners and usage wear but having spent over a decade in the print industry, if the actual card itself is badly printed I’m increasingly disappointed.

For some reason many of my early-80s cards are noticeably out of register. It’s like the designs got a little more intricate but the print quality wasn’t reliably there yet. So where in the 50s and 60s designs we just have big blocks of color—most of which are one of the seven colors you can get without screening the ink* and registration issues aren’t as obvious unless you really peep the photos—in the 80s the details are finer, traps are smaller, and additional colors come into the mix.

As a result if a color is out of register it really shows up in the designs. In my cards this often means that the trapping isn’t large enough so there’s a white edge to some of the linework elements. Not something most people would notice but it really bothers me.

Kind of wonderfully, many of the cards in Peter’s mailday are better registered than the samples I had in my binder. So switching those out makes this print snob very happy. And since I’m increasingly being tempted by the siren song of TTM, having duplicates from these years is also very cool. Thanks Peter!