One of the things we’ve missed from California is the Stanford Powwow. It was a bit of a tradition for us to go every Mothers Day weekend and I had a few photo posts resulting from those visits.

When the kids were little we just caught the Aztec dancers and ate dinner. I was looking forward to showing them the competition dancing spending more time just hanging out but we moved away before getting to that point.

I’ve been checking the Redhawk Council site for a few years now to see if there were any local powwows that we could go to. This year was the first time that the local even matched up with our calendar so I made sure I had that day clear on my calendar. 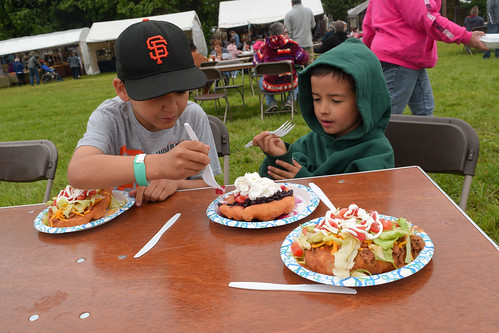 First order of business of course was to get fry bread. I haven’t had a proper Indian Taco since my last powwow. Yes I had one at the National Museum of the American Indian but it was merely adequate—much better than most museum food but not the real deal.

Since we got to the powwow just after it opened all the food booths were just warming up. The downside of this is that we missed the Aztec dancers because we were waiting or our food to be prepared. The upside? Freshly-made fry bread. It turns out both boys love the tacos and probably don’t need the fresh fruit topping on the bread either. I figured they would eventually but it’s always good to find out their tastebuds are developing properly.

After we ate we were able to find a space next to the dancing ground and got to watch the Grand Entry. Where the Stanford Powwow MC is kind of a comedian, the Raritan MC is much more serious and treats the event as an opportunity to educate the audience about what the powwow means and what the ceremonial aspects of the Grand Entry are.

There was also a lot of references to the Raritan people and how we were on their land even though they had been removed to Oklahoma and Wisconsin. And in the portion of the Grand Entry when Veterans are acknowledged and honored, water protectors from Standing Rock were included and explicitly thanked along with the military veterans.

While the powwow is always a political act celebrating surviving a genocide and remembering their cultures, I appreciate the politics of it becoming even more explicit in reminding everyone that parts of that genocide are still being attempted.

For someone used to the huge crowd of dancers at the Stanford Powwow, this one was much much smaller. I didn’t take a ton of photos but I took a few. Smaller crowd meant that I had a ring-side seat and didn’t have to pick my shots based on who I could see through a gap in the crowd.

If it wasn’t so cold I think we would’ve stayed longer. I’m hoping next year we can go again, stay longer, and watch more of the dancing. 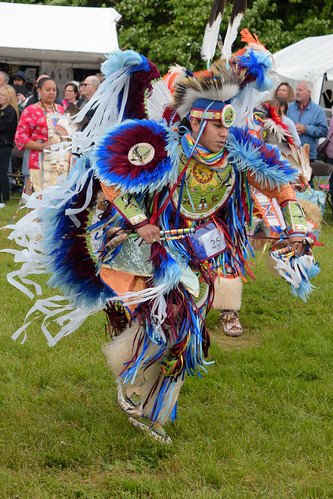 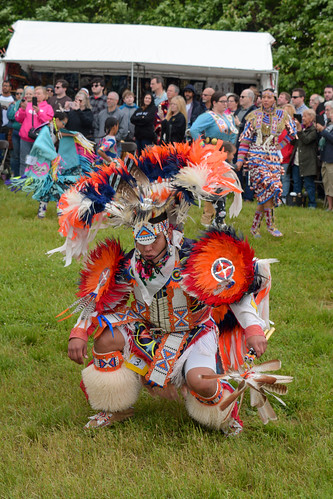 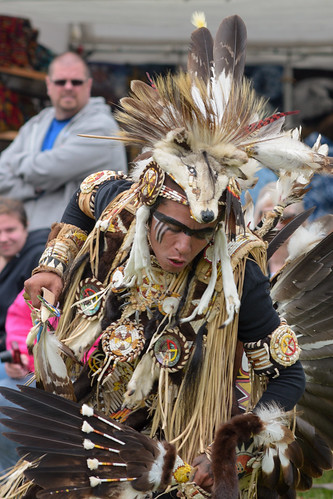 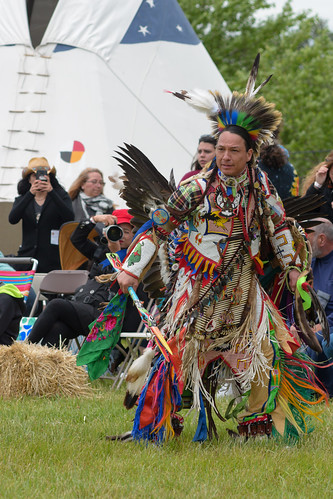 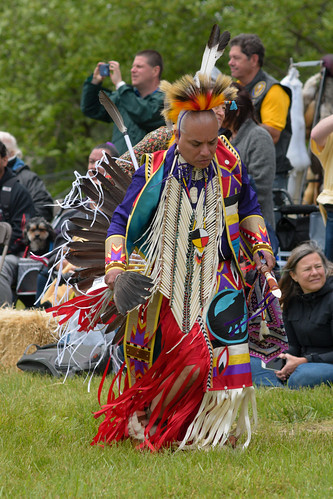 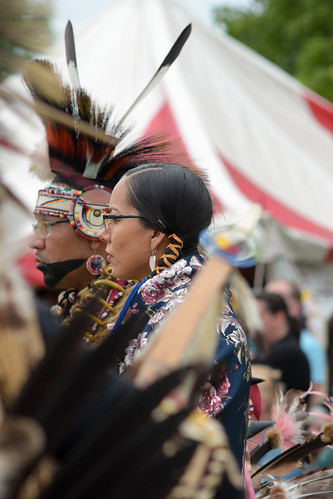 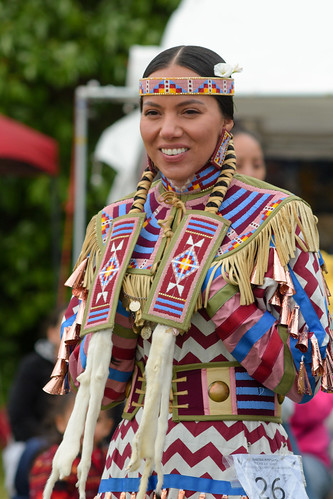