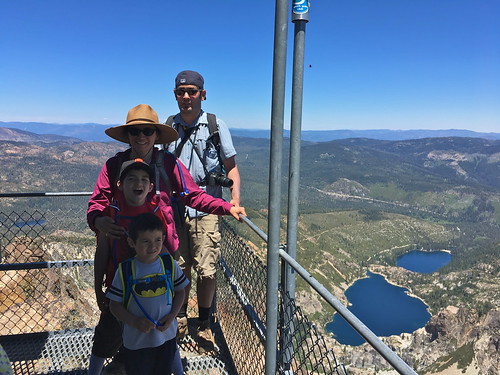 This year we figured the boys were big enough to attempt the Sierra Buttes hike. It’s one of the tougher hikes—4 miles each way and quite a few steep sections as it climbs 2600 feet—and because of snow issues is frequently not passable in mid-June when we visit. The last time I went was 11 years ago and I’ve probably only climbed it a half dozen times total.

It turns out that the trail has changed a bunch since the last time I climbed it. Over the past year it’s been completely redone into a less-steep, much-longer, and much-nicer trail. So instead of coaxing the boys up a steep hot grade of cobbles we had to coax them along an extra two miles of more-manageable trail. The extra two miles (each way) is worth not having to deal with the risk of turning an ankle on rolling cobbles* and baking in the sun as it both beats down from above and radiates off the rock.

*Though I did step too close to the edge of the new trail and have it give way under my foot since it wasn’t fully compacted yet. The resulting tumble could’ve been much worse than a skinned knee and scratched elbow but did serve to drive home the point about staying in the middle of the trail that the boys kept forgetting.

And the lookout at the top is the same scary stairs for that cheap, quality thrill in climbing and descending. Neither boy was particularly rattled and so, as a result, they rattled their parents instead. 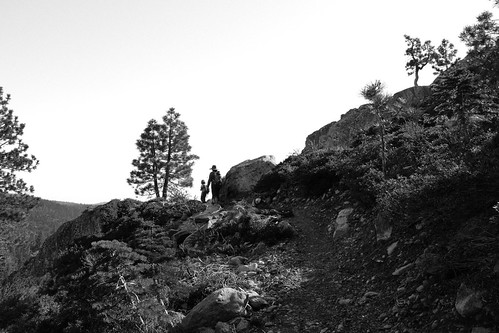 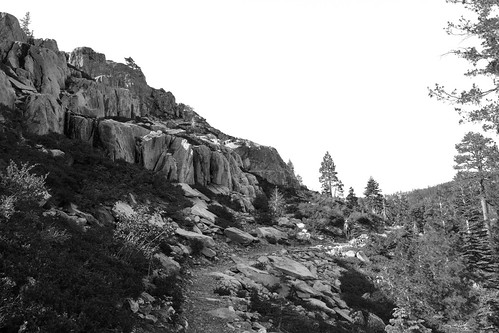 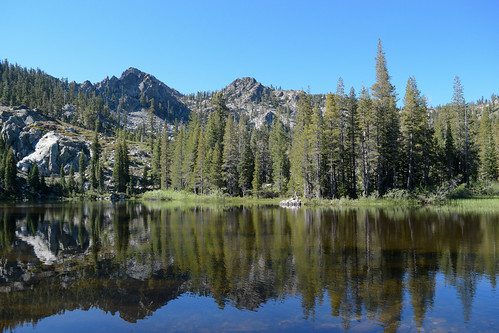 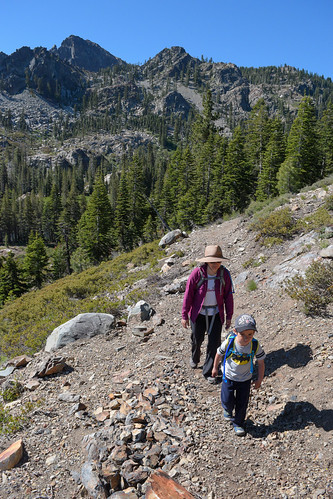 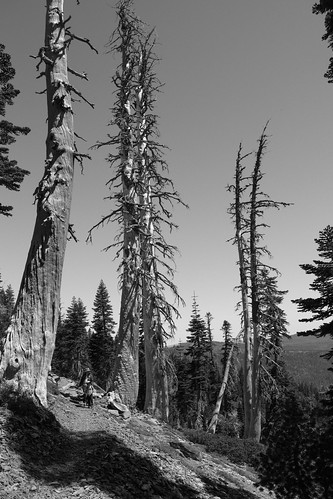 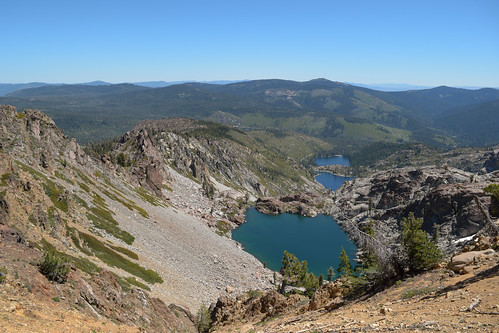 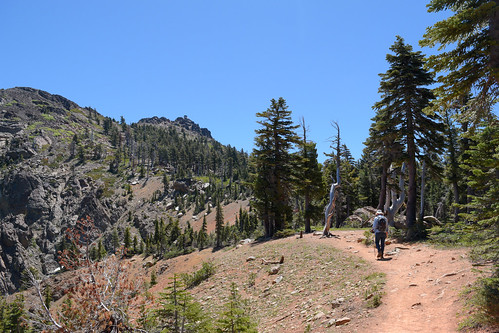 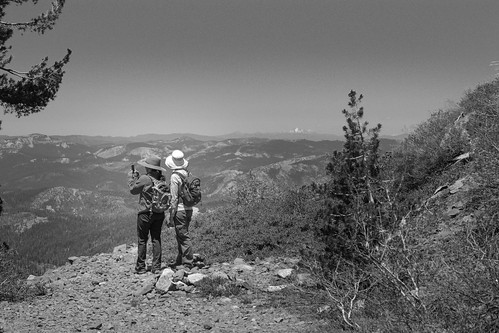 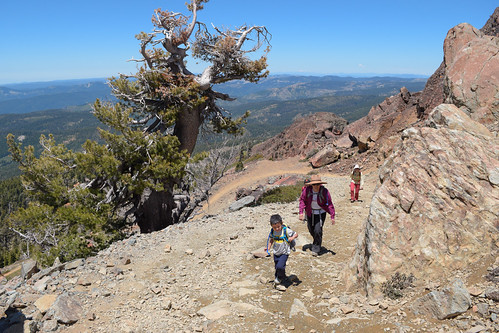 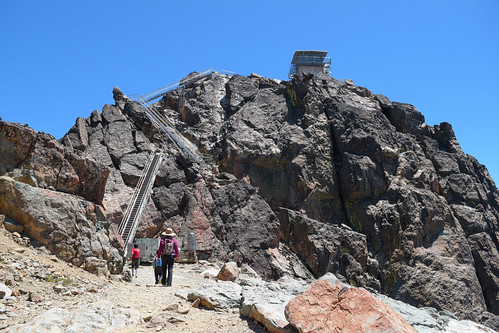 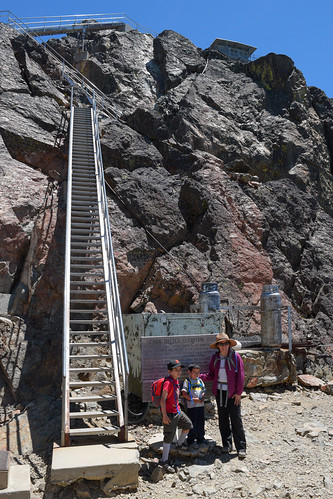 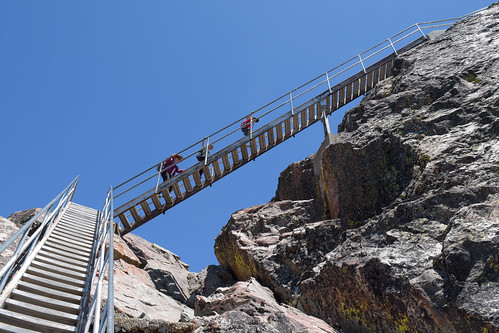 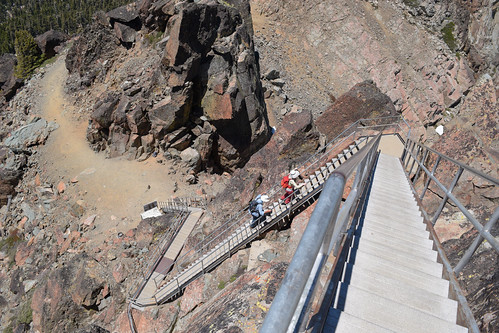 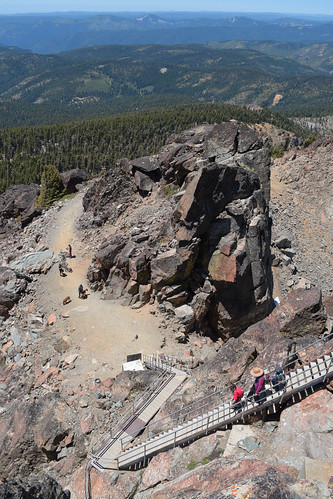 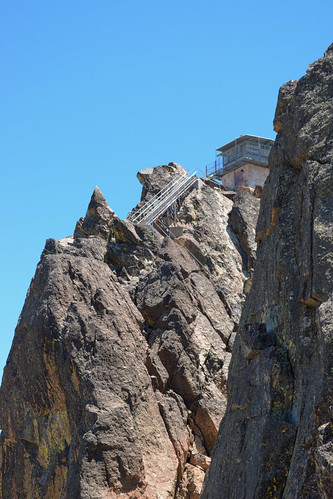 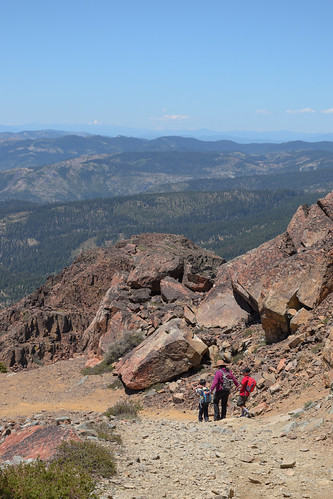 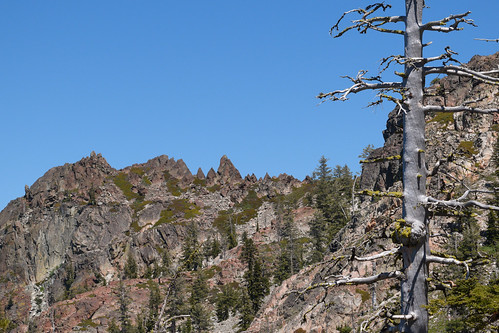