When Beau (@One Million Cubs) first appeared on Twitter just over a year ago I both thought he was crazy and that there was no way he’d stick around long enough to actually seriously make a dent in his goal. While the jury’s still out on the former, he’s already managed to hit the quarter-million mark and has a fun blog documenting his progress. 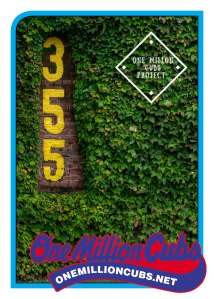 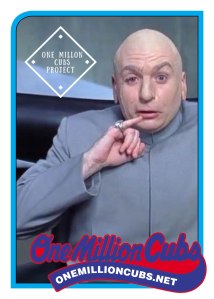 I kid, I kid. He’s been a great addition to the community. Earlier this year I made a quick 1989-Topps-style custom card template for him to use and sent him a pair of sample designs to demonstrate how to just drop an image into the template. It’s been fun to see both of them in the wild and yes I’ve totally changed how I hear his twitter name in my head now.

I figured it was time to contribute what I could to his project and sent him my meager stack of Cubs duplicates from my youth. I wasn’t expecting a ton in exchange since I didn’t expect any of my stack to be truly new cards for his collection* and even new late-80s/early-90s cards aren’t usually that exciting.

*I was quite pleased to be incorrect here. 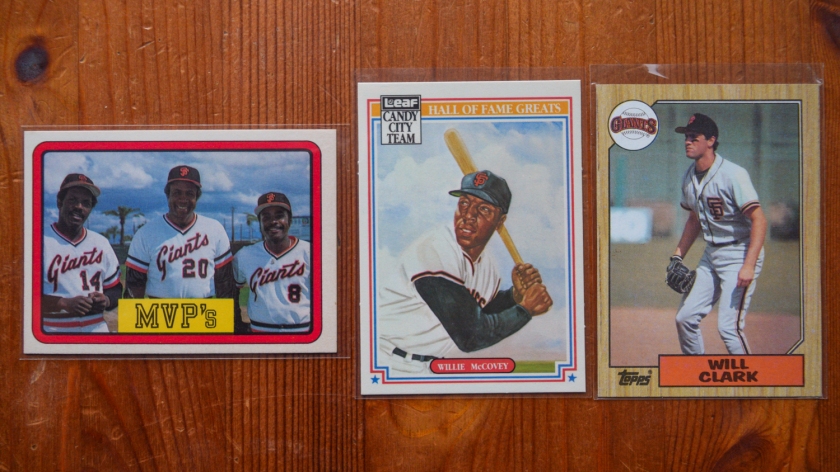 Last week a bubble mailer arrived and inside was indeed some fun stuff. Only three old cards from last century but they’re all winners. The 1983 Donruss MVPs suggests that those early-80s Giants team had a lot more talent than they did but it’s a nice card just the same. The Leaf Special Olympics card is a very cool oddball and it’s just nice to see cards of Stretch. And the 1987 Will Clark is a duplicate but one of my favorite cards of him.

About half the package consisted of cards from 2000 to 2015 and included a lot more McCovey love. That 1963 reprint in particular looks great but the Donruss Threads card is pretty nice too. The Fleer Fall Classic card is interesting (and infuriating) in how Yankee Stadium gets treated as generic World Series decoration.

I kind of love the crazy Pacific cards more and more each time I see them They’re not something I want a set of but as an individual items they really jazz up a page. The Matty mini is great. As is the Heritage 1951 Bumgarner.

The other half of the package was all 2018 cards. Kind of wonderfully it was almost all cards from sets that I refuse to buy. Lots of Chrome. I still don’t understand the set but at least it uses different photos on some of the cards. Miguel Gomez for example here is one such case. Also Evan Longoria has a base Chrome card and a Chrome Update card and I don’t understand why.

Also a decent amount of Fire including an interesting parallel. And my first samples of Gallery and Gold Label. As always with sets like these, it’s nice to have samples to see and handle even if the sets aren’t for me. I’m not a Gold Label or Gallery guy at all. Not my thing—especially at the prices they retail for. But I enjoy having a sample and such samples make trade packages especially enjoyable.

Speaking of things I don’t buy, I think this doubled the amount of 2018 Panini I own. The Diamond Kings is a really interesting product in terms of how it’s manufactured. Optic makes even less sense to me than Chrome. Classics though is actually kind of nice. It’s good to get a Bumgarner card considering how he’s not present in any 2018 Topps releases. 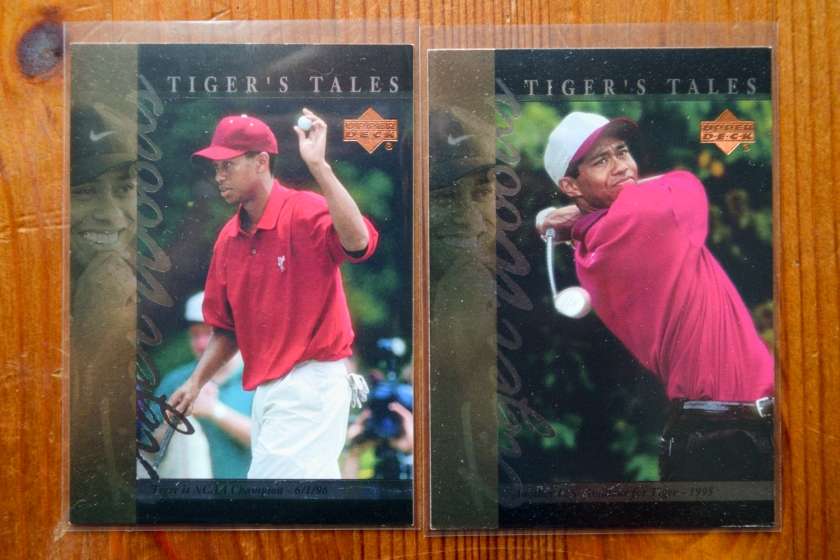 Last two cards in the package go in the Stanford Album. I’m not generically expanding the album beyond baseball but I’ve been including cards as I come across them—I’ve found some random basketball cards in stacks—as well as picking up football cards of guys like Toi Cook who played baseball and whose cards explicitly mention baseball.

I’ve also been adding non-baseball-players who happen to show up in (mostly) baseball sets like Allen and Ginter and am appreciating the character the non-baseball cards add to the album. So when Beau tweeted a whole stack of Tiger Woods cards I noticed one which looked like he was still playing for Stanford and said I’d be interested. Turns out that it is indeed a card of Woods at Stanford and that’s pretty cool.

Thanks so much Beau and best of luck adding another quarter million Cubs to your collection in 2019.

3 thoughts on “One Million Cubs”