I came back from a trip to California last week and found a few surprise maildays waiting for me. The first was a plain white envelope from Mark Hoyle which was an extra surprise since I had so recently received a package from him. I was definitely not prepared for what I was to find inside. 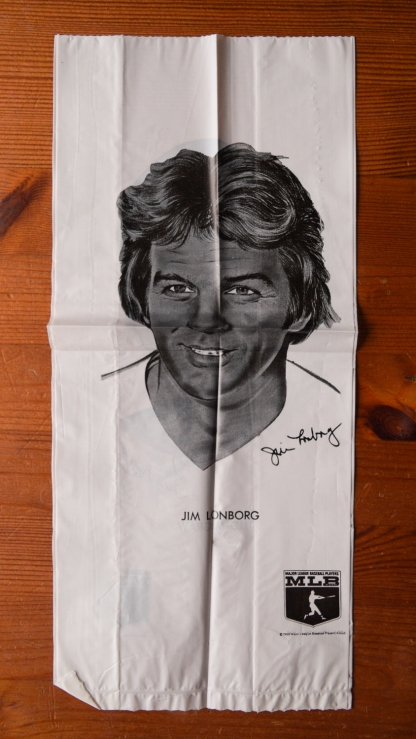 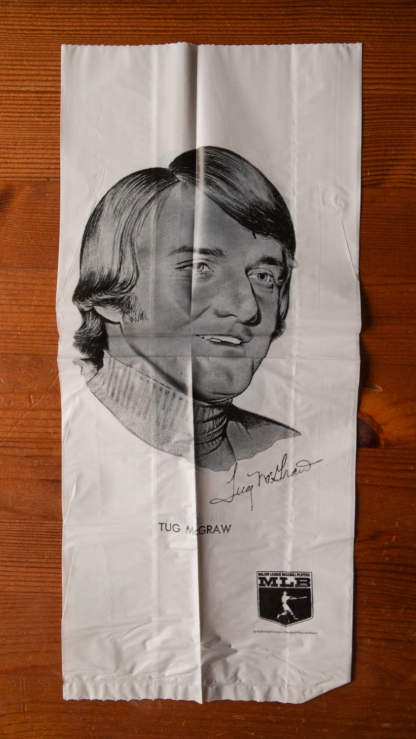 Mark is a Jim Lonborg collector. Since Lonborg is a Stanford guy I obviously collect him too and Mark felt my collection would be improved by adding one of his extra 1976 Safelon Super Star lunch bags to it. It certainly is.

This is something I had never even heard of and it’s foreign to me on multiple levels.By the time I was a kid in the 1980s, lunch bags were no longer being made out of plastic. Yes they frequently included multiple plastic bags inside but most everyone (in California at least) was trying to reduce our plastic consumption. The idea of buying packages of cheap disposable plastic bags like this feels like something from another world.

Also, the idea of including player pictures like this as part of a national product issue speaks to an age when kids knew all the players in the sport. That I initially thought that these had to be a regional Philadelphia issue confirms how much things had fragmented by the time I was a kid. I can only imagine the equivalent of these from my youth featuring team logos and being sold on a by-team basis.

Now to figure out how to store this. It’s slightly too tall for an 8.5×11 sheet but I’ll probably just fold the bottom up when I put it in. And then my Stanford binder will get a little more odd and a little more wonderful. 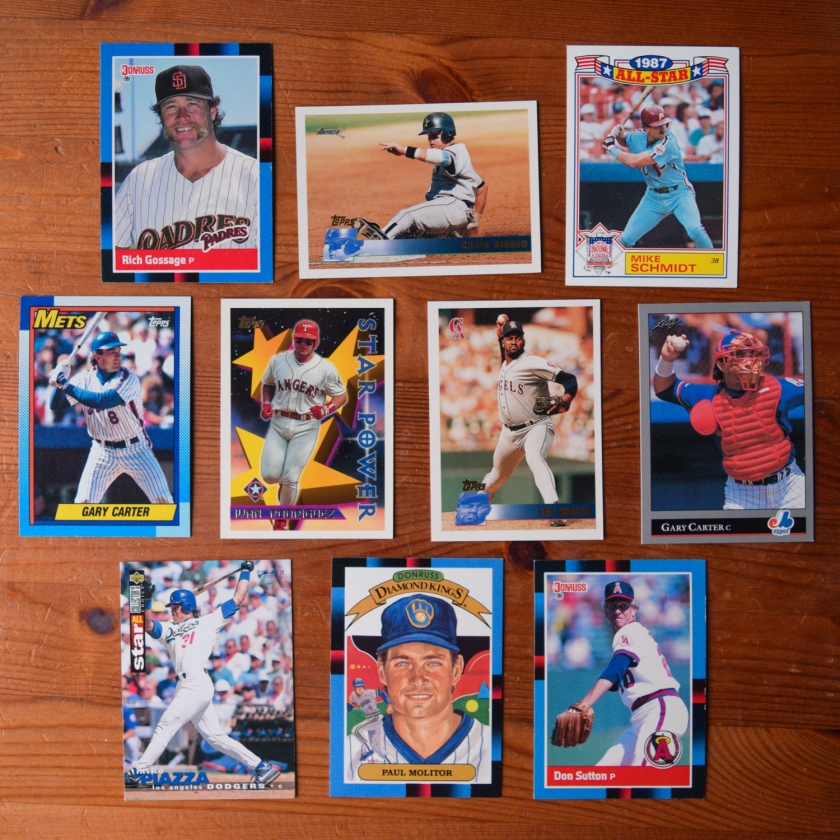 Mark also included ten junk wax cards of Hall of Famers for the kids. So we had a little draft.* It’s fun to see what they choose and why. The Biggio was a hit because of the photo. Gossage was the last card standing but only because my eldest didn’t realize that Rich and Goose were the same guy. Both of them were happy to get a Gary Carter because he had also played for the Giants.

*I’m not going to lie. I was kind of tempted to steal that Schmidt All Star Glossy (I didn’t though)

The boys then proceeded to play some kind of War* game with their stacks of cards where they’d pick two cards, compare a certain stat, and then celebrate if their card had better stats. THEN they had to sort these into their binders. I had no idea that ten cards could turn into two hours of fun.

*Or TEGWAR since I couldn’t figure out what the rules were.