So my adventure in Somerset ended up kickstarting a busy week of baseball. Over the eight days Thursday to Thursday I ended up doing a ton of baseball games. The Somerset game, three at Trenton, and five Little League games for my sons. It’s been wild and wonderful. This has been my schedule:

I’ve already written about Somerset but it’s worth checking in on the Little League seasons. My eldest son’s team has just figured out how to field. It’s wonderful. We’ve been doing fielding drills about knowing what base to throw to and just practicing covering the bases and making good throws. For a few games the kids had the right idea but couldn’t execute. Now, all of a sudden, they’re making plays. It’s so much fun to watch and the kids are so proud of themselves.

It’s funny. All the kids want to bat but they get way WAY more satisfaction from properly fielding a grounder and throwing a guy out at first.

And yeah their batting is getting better too as more and more of them are getting comfortable with the pitching machine. And they’re even getting smarter on the basepaths. But it’s the fielding work which is great to watch.

My youngest’s team meanwhile is at the stage in coach pitch where they try and kill the coach with liners up the middle. Also a lot of fun to watch even if it doesn’t quite look like baseball yet. The improvement is obvious to everyone and a few of the kids have gotten really good.

I don’t take credit for these things as a coach since the kids have to put in the work but this stage of the season goes really really far in the “making it all worth it” department. 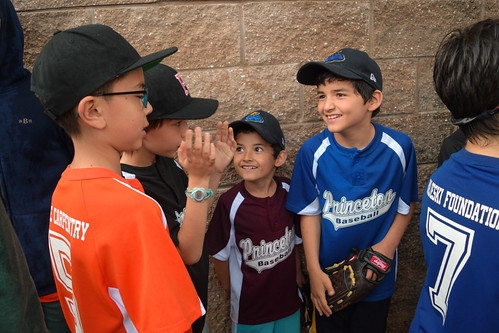 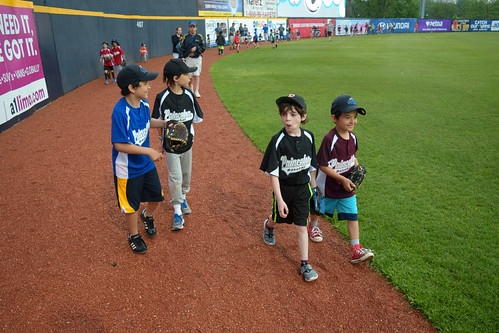 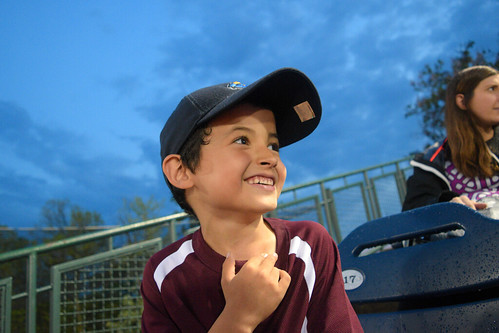 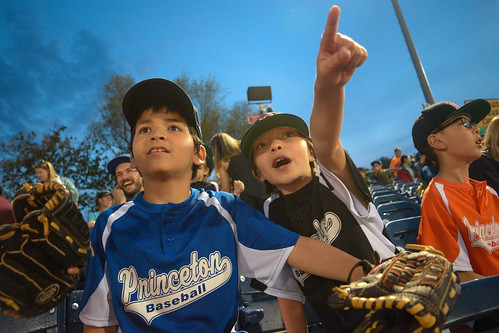 Which brings us to Little League Night at Trenton. It rained. It was fine. Game started late but we still got to walk around the outfield. Some of the kids got autographs but it’s not a coach’s place to join in there. The game itself was pretty good. Trenton made a nice comeback to take the lead. We didn’t stay until the end since we had Little League the following morning so we left after the 7th inning when the clock hit 10:00. 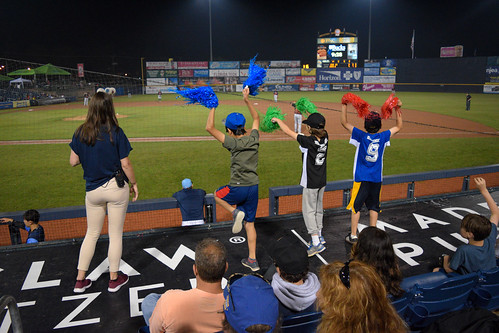 The boys weren’t happy about leaving early—even though they accepted the reasoning—so they made me promise to check the score when we got home. They were happy to confirm that Trenton had hung on for the win. However before we left my son and his friend did get to partake in one of the between-innings contests. Very fun and I got to see a bit of how all that Minor League marketing stuff works. Lots of work goes into those every game. 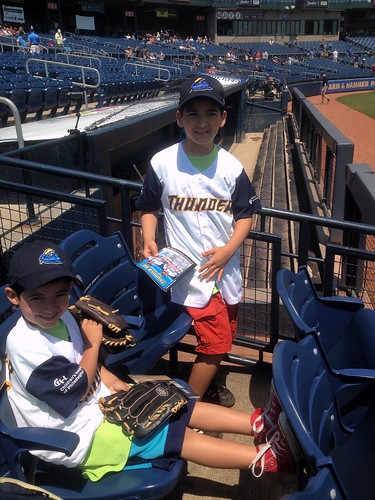 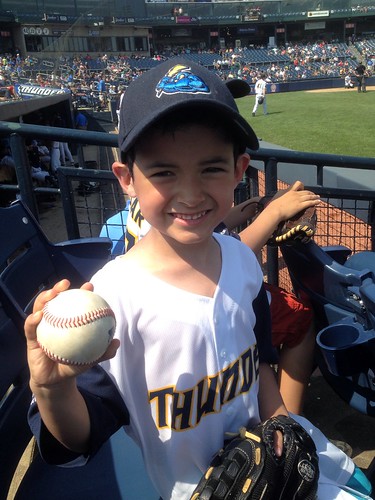 We made it back to Trenton two days later for Miguel Andujar Jersey day as well as a post-game movie on the field with the kids club. We ended up sitting right next to the dugout and it overwhelmed the boys. Too much to pay attention to although they very much enjoyed all the action. We even got a ball that the Binghamton 1st baseman tossed our way after an inning.

The game in this case was not so good for the locals. Jason Vargas was rehabbing for Binghamton and had a no hitter through three innings before giving up a solo home run in his last inning of work. Meanwhile the Trenton pitchers couldn’t find the plate. Also, it was hot. Where Friday was kind of cold and wet, Sunday was hot and sunny and no one was used to it yet. 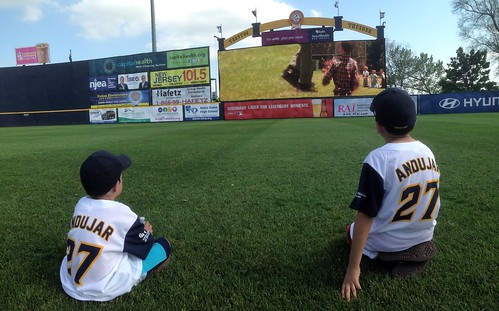 The boys were happy though because we got to hang around after the game, go out to right field, and watch The Sandlot on the jumbotron. That was pretty cool. It’s nice to have the park basically to yourself and it’s always nice to rewatch The Sandlot. It’s not the generational touchstone for me that it is for a lot of other guys but I enjoy watching it with my kids.

Then the following Thursday I caught the last morning start game of the year. It was a good one. A decent pitchers duel where Trenton fell behind 1–0 and then 2–1 before stringing a couple hits together to win 3–2. One of those wonderful Eastern League games that lasts less than two and a half hours.

I decided to try and get the last of the cards that Kenny had sent me and did pretty well in that department.

The Hoy Jun Park Bowman looks pretty nice signed. I don’t like all that Chrome bling but I can see why some people do. Park also takes a lot of time with his signature and I appreciate that he puts the effort in.

I think I have most of the guys in the 2015 and 2016 Staten Island Yankees sets who made it to Trenton. I’m still missing Jose Mesa Jr. and Will Carter but everyone else who’s been with Trenton for a while this year is in the binder. Acevedo does not like this card. He pointed out that they misspelled his name so I apologized. But at least he and Zehner have been playing pretty well this year. It seems like the Yankees are treating this class of players a bit tougher as they’ve cut a couple of them despite them not being that bad. I guess you’ve got to show something more than promise after 5 years in the organization.

Rosa and Kriske meanwhile are part of the next class of guys are are trickling into Trenton this season. Kriske is one of the first guys out of the pen most games. I’ve yet to catch Rosa pitching.

I also grabbed a Garret Whitlock autograph on my ticket stub. He’s been pitching pretty well so I figured I’d grab an auto since he was signing.

I don’t foresee having another week quite this busy baseballwise. No more midweek games on my schedule and Little League is wrapping up. It was fun while it lasted though.

8 thoughts on “A week of baseball”