A couple weeks ago I took the boys to a vintage baseball game between the Flemigton Neshanock and the Diamond State Base Ball Club. This was a nice change of pace from our usual baseball fare and a great way to spend an afternoon.

Going to a base ball game for a change today. pic.twitter.com/JbQT3ZLXDQ

The game was played using the 1864 rules which we sort of teased out over the course of the game and then confirmed with the players afterwards.

Otherwise things are pretty much the same and the game is definitely recognizable. The ball is slightly larger and softer and has a very different seam pattern. The players say it takes a little while to get used to gripping it since your hand expects the standard baseball stitches.

The Neshanock, our local nine, won the game 11–10 in a close, back-and-forth game. The underhand pitching means lots of action. There was only one strikeout and maybe a handful of walks. Lots of stolen bases too. 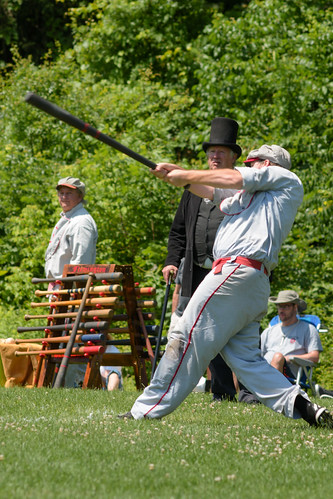 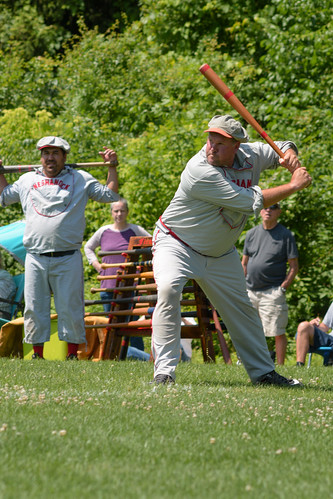 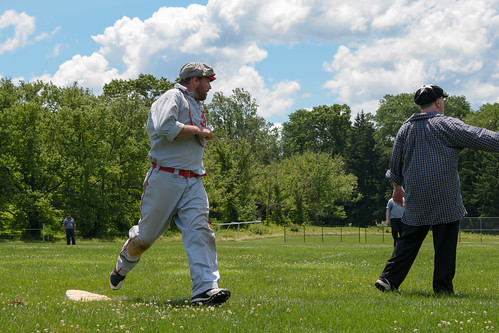 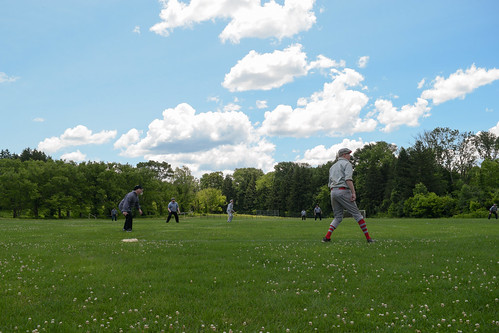 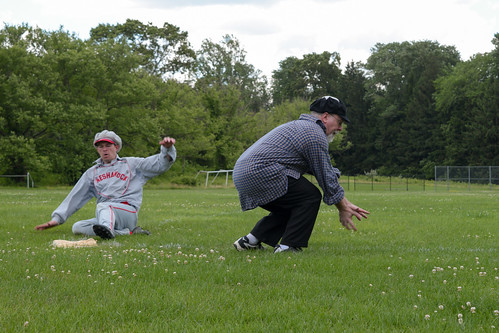 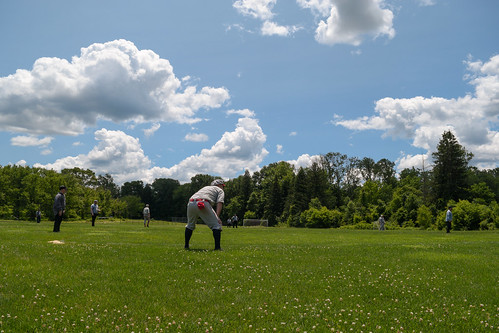 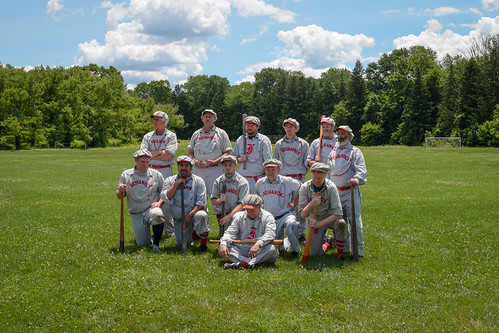 There was also a photographer there making tin types. Definitely period-appropriate and lots of fun to watch. Before the game started the boys and I were lucky enough to see a print emerge in the fix. They were impressed. Heck, I was impressed even though I knew what was going to happen. The switch from negative to positive is as close to real magic as you can get.

Sufficiently-advanced technology my ass, watching a tintype emerge is 150 years old and still takes your breath away. We wandered back after the game and got to see the team photo get processed. I vultured a few of his set-ups with my Yashicamat since I wanted a couple photos with the largest negative I had handy. And I took a couple photos of him working so the boys would have something to reference in their albums. 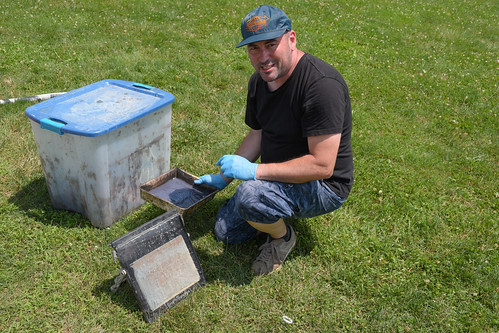 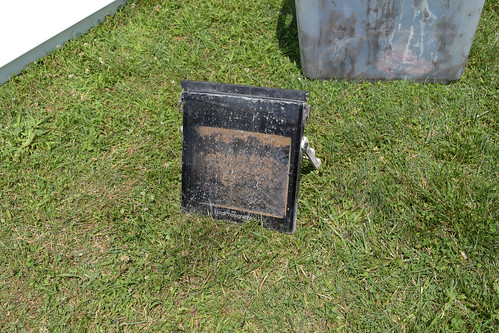 I also took a hint from the orthochromatic nature of silver nitrate and converted a few of my photos to black and white using the digital equivalent of a blue filter. One is my wannabe Charles Conlon photo and the other is the team photo.

They’re not pure blue filters since I did this in Lightroom instead of Photoshop but I did my best to crank up the blues and crank down the reds, oranges, yellows, and greens in the mix. 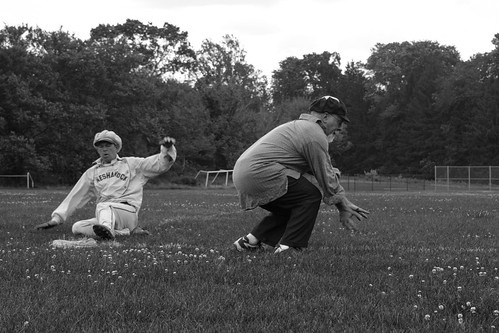 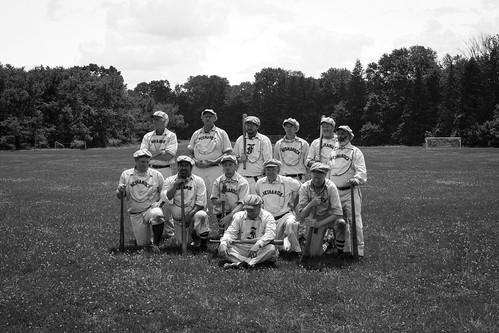 9 thoughts on “Vintage Base Ball”