Despite living in New Jersey I maintain a membership with the San José Museum of Art both because it’s a good deal and because I really value my yearly visit. More than any other museum in the Bay Area I find myself appreciating what San José is doing and how it so frequently manages to display artwork that feels both relevant to the area and which appeals to my specific sensibilities. 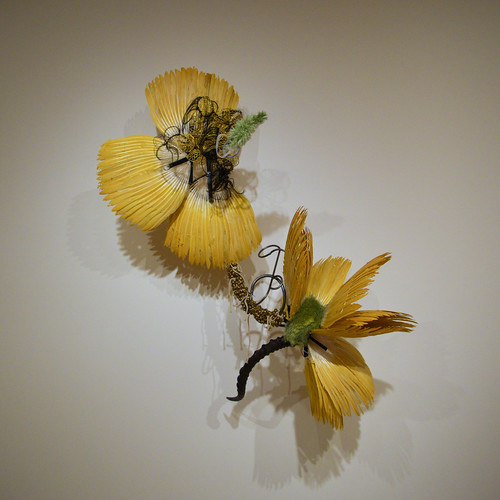 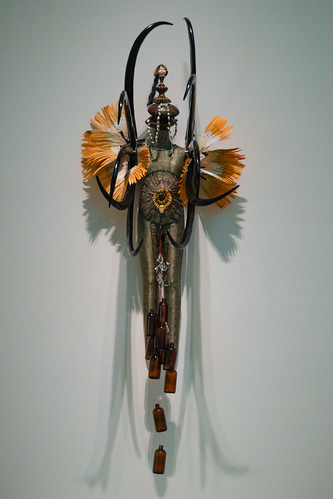 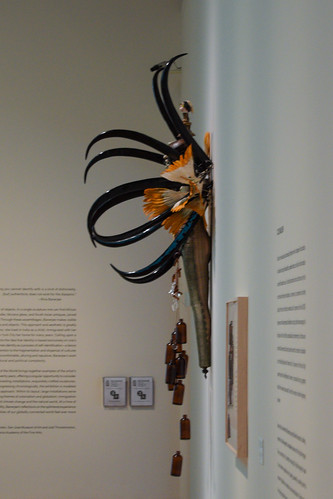 The big exhibit this time is a large exhibition of Rina Banerjee’s artwork. Her work investigating is especially relevant to the Bay Area in how it investigates globalism and the way it intersects with identity, assimilation, gender, and colonialism. There’s very much a “the world is at your fingertips” sense in this artwork and she’s asking us—and especially the Silicon Valley culture—to think about the power dynamics at play when we combine things from all over.

Her work straddles that line where it’s simultaneously beautiful and grotesque—very often just the viewing angle is enough flip it from one to another.* Ornamentation becomes something monstrous. Small details show up and totally change the context. Superficial beauty falls apart the more you look.

*It reminded me of Kara Walker’s work and how it often does similar things where you can look lazily or you can really look and see all the layers of colonialism and gender and how things can be simultaneously exotic/alluring and vulgar/threatening.

There was a large tour group from Apple at the museum when I went and I just hoped that they were sensitive to the way that these large, apparently-beautiful objects completely turn the longer you look at them and see all the embedded issues in what they’re made of. While Banerjee is doing this on purpose, she’s also doing it to ask us to look closely at everything. 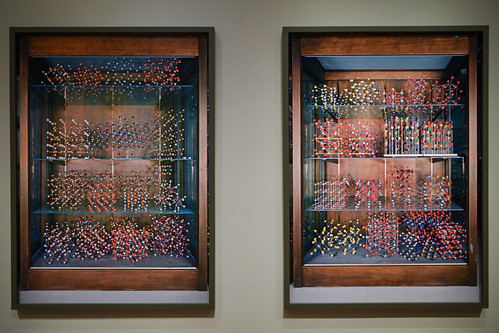 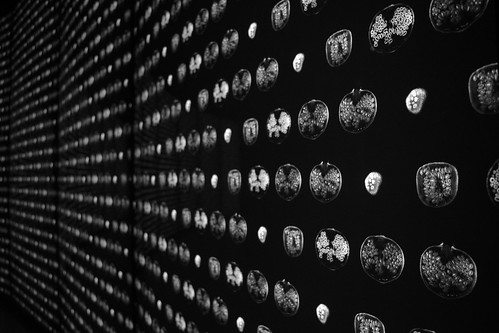 There was a smaller gallery of Catherine Wagner’s photographs. I was unaware of her work but I love it. Her science photos are great and deftly illustrates the artisty in how science is as involved in the process of looking (and seeing) in the same way that photography is.

Her Pomegranate Wall takes this a step further and essentially uses an MRI machine as a camera. The way it’s presented in a back-lit wall of multiple small images abstracts the subject matter and makes my brain think of all kinds of other connections from MRIs of brains to microscopic views of single-celled organisms.

San Jose has had a tendency to put up large pieces that feature small multiples of information (eg Listening Post and Epilogue). Wagner’s work fits right in with this and feels especially appropriate for an area that specializes in managing an overwhelming amount of little pieces of data. 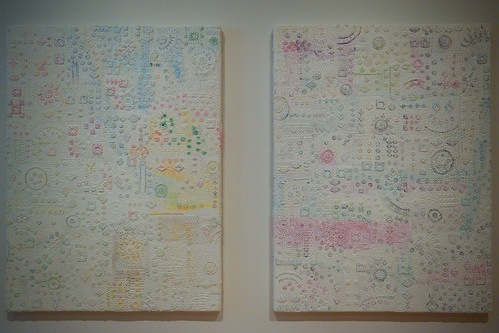 The last exhibition in San José is an installation of Pae White’s foreverago along with a couple other pieces of hers. Foreverago is a lot of fun. It’s huge and a ton of stuff to explore (the back view is as nice as the front) and I appreciate the circular relevance of digital design and jaquard looms. Recasting tapestry as “modern” is the perfect way of reminding people that it was also the original punch-card programming.

I also love the canvases of paper. They’re fabulously tactile and the colors are wonderfully subtle. I just wish there was a video or photos of how they were made since I couldn’t quite picture it based on the wall text.There are also a couple other neat installations in this gallery. The chess pieces in particular are a lot of fun and look like the kind of thing that will show up in museum gift shops eventually.

One thought on “Back to my roots”