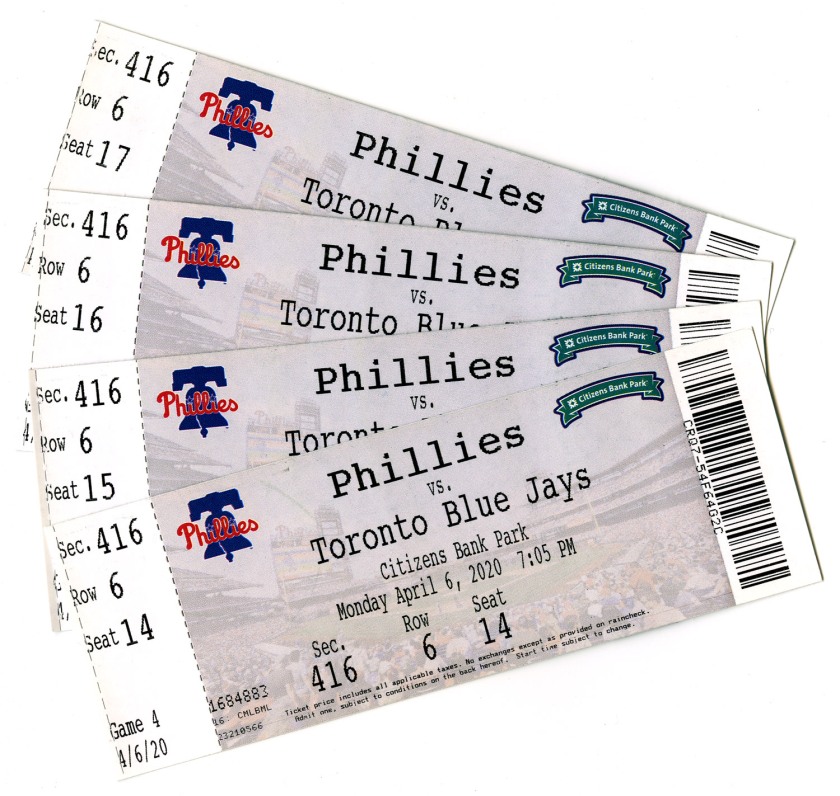 So today was going to be a big day. The first day of spring break and we were going to go to our first ballgame of the season. This would be adding another park to my life list plus both boys can count the number of Major League games they’ve been to on only one hand. I’d even procured a couple Greg Luzinski cards just in case.*

*Last year he was always signing at his restaurant out in left field.

No need to go into what happened but instead of spending last month doing the research and acquiring cards for the upcoming Trenton and Somerset seasons, I’ve been homeschooling the boys and have only gone out one time in the last three weeks to stock up on food. I can’t complain. We’ve been healthy. We have a house and a yard. We can afford to buy a month’s worth of food at one go. We’ve got a ton of movies on DVD/Blu in addition to Disney+ and Amazon. At the same time though I can’t help but feel sad for the time and experiences we’re going to miss and never be able to get back.

Last year was magical. One of those perfect moments of parenthood when I got to enjoy my hobbies and interests with my kids. I loved watching them get hooked into baseball and autograph collecting. I love even more that it was our thing that we shared and that they’d come back from a game excited about the game and eager to share their experiences and show who they got to their mother.

After our last game last year it’s no understatement to say that I was excited for this coming year. We all were. Now that that’s no longer happening, I’ve had to swallow my disappointment and help my kids focus on the good things going on now.

As much as we (all of us) can’t tear ourselves away from the ever-increasing numbers and the fear that we’ll lose someone we know and love, there’s something comforting and amazing in the fact that we’re living through one of the rare moments in history when the vast majority of the world is in complete agreement about what humanity’s priority should be.

Finding a vaccine and developing treatments is the single scientific focus right now. Like 90% of the people out there are doing what they can to protect themselves and everyone else. Most of us are outraged and appalled by the abhorrent assholes who are trying to profit off of massive-scale death and suffering.

These are strange and scary times but also exciting ones because of the potential to see what we can achieve in the coming months.

Am I overly optimistic here? A little. I know that once the death numbers start dropping it’s going to be impossible for us to keep our discipline long enough to really kill the number of new cases. Hopefully by then we’ll have new treatments and ramped up capacity (both testing and hospital beds) to properly react to the inevitable second spike of infection. And hopefully that spike occurs much closer to the vaccine’s release so we don’t have to endure a third.

A month ago feels like years ago. I can only imagine how a month from today might feel like years into the future. Until then we’ll be hunkering down as a family. Reading books. Watching movies. Playing catch. Knocking a soccer ball around. Facetiming relatives. And yes looking at baseball cards.