Yes it’s been a garbage year which feels like it stole a season of baseball from my kids and me. But it’s also been a surprisingly good one for me within the collecting hobby. I’ll start off with a round-up of some activity that’s been outside of my work at the SABR Baseball Cards Blog since I’ve been interviewed for a couple of articles this year.

The first interview was before the pandemic hit but got buried by COVID news for a few months. It did however finally post on Slate in November and is a fun piece about digital baseball cards and collectibles. Between the hobby going gangbusters and everyone increasingly living their lives online it’s been interesting to watch the digital side of things develop and see how many of the older members of the community react to the new-fangled stuff.

Along those lines I participated in a SABR discussion about the future of baseball cards where I occupied the skeptical but open-minded side of the spectrum. It’s very easy to get excited at all the possibilities in the digital side of things and there’s a ton of potential in augmented reality and other ways of combining cards with computers. At the same time, there’s the question of how technology ages and degrades to consider. One of the things that makes cards great is that ink on paper, while a pain to store, is not subject to the whims of any technological maintenance.

The second interview I took part in was a short one on Beckett about my Al Kaline debacle. I’ve gotten more joy out of that screwup and confirmation than I ever expected. I had to write a longer version of the whole ordeal over on SABR in order to tell the whole story from my point of view.

Getting to work within SABR. I assisted with the committee’s First Annual Jefferson Burdick Award, helped with the biographies, and produced the baseball card which commemorated the winner. I was honored to introduce the award at the Zoom presentation because we couldn’t do it at a convention.

I also helped produce and compile SABR’s 50 at 50 list of fifty cards for fifty years which tells the story of baseball and baseball cards over the first fifty years of SABR with one baseball card per year. That was a lot of fun to work on and I’m definitely proud of the result.

On the SABR blog itself my two favorite posts are one about Project 2020 and when cards intersect with current events and one which does a deep dive into the way card designs interact with photography. Both of these are my usual “take my niche interests and run with them to an extreme” sort of posts but I like that they both look a cards from 2020.

And finally I was lucky enough to actually meet some collectors before everything got shut down. It would’ve been nice to meet more but I’ve very glad I got to meet Mark Hoyle and Ralph Carhart before all hell broke loose.

Okay to collecting highlights. Not a lot of card acquisitions this year due to COMC shipping being broken, retail being a trashfire, and access to card shops being non-existent. As a result this year has been mainly prewar cards acquired through ebay or twitter.

The pre war category has everything but I’ve really enjoyed following my gut here. Where I have set rules to keep me on task for baseball cards, the pre war world is so all over the map that as long as I keep a high bar of what interests me and why, I find that I end up enjoying all of these because of how unique they are.

Some, like Garbatys and the United Tobacco are flat-out beautiful and appeal to me as a print geek in addition to my pop-culture interests. Others like the famous airmen and airwomen are pure pop culture. And I’ve grabbed some soccer cards, stereo photography, and all kinds of other things that strike my interest. I even added the oldest card in my collection this year.

I did also grab some prewar baseball. It’s noteworthy that three of these are San Francisco Seals card and I’ve decided that doing a Pacific Coast League type collection of one Seals card per set is a project I’m going to attempt. It’ll be a backburner attempt but the degree I enjoy each and every Zeenut card is going to make it a lot of fun.

The 1916 Johnny Couch is also my oldest official baseball card and the 1921 American Caramel Zeb Terry is my oldest Major League card. Moving both of those benchmarks further into the past is another accomplishment which I’ll look forward to making again.

The one more-recent card purchase highlight was this Lewis Baltz card from Mike Mandel’s Baseball Photographers trading cards. I don’t have more to add to the post I already wrote but this definitely deserves to be in the wrap-up since it’s not every card that I’d call a white whale.

And with that we’ll move on to trades. A decent amount of both incoming and outgoing mail this year. Before I get to card highlights I have to note that trading this year finished off a bunch of sets I was working on. I finished my 1986 Topps, 1990 Fleer, 1990 Upper Deck, 1991 Donruss, 1991 Studio, and 2019 Stadium Club builds this year, leaving me a bit at odds with what to build (if anything) next. Two of my remaining builds almost done too (I only need two 1987 Topps cards and one 1994 Topps cards) so it’s really just 1989 Donruss and 2014 Topps that are on the list now.

As for individual trade highlights, I have to highlight three Willie Mays cards from three different guys. All of these were unexpected and extremely welcome additions to the collection. Willie Mays was the one vintage card I wanted for Christmas when I was a kid and still I get the same thrill every time I add one now. 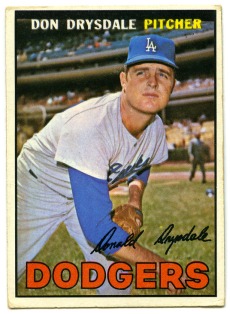 A few more highlights from trades. Lots of more-modern cards as well but those all kind of blur together (this doesn’t mean I don’t enjoy them). These though are the kinds of weird and wonderful things that stand out. Diamond Matchbooks, National Chicle, Remar Bread, Jay Publishing, and that awesome MacGregor card are particularly fantastic.

Most of my activity this year though was via TTM request. Being homebound for almost ten months meant that going though my duplicates, making customs, and writing letters was a nice way to escape and relax. 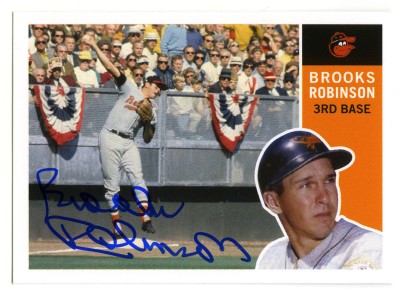 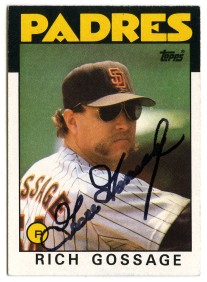 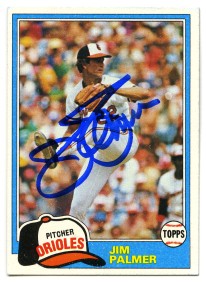 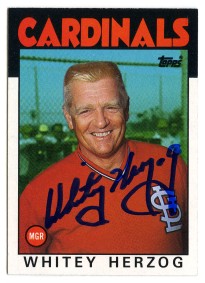 I got a few Hall of Famers this year. Yes a lot of them are on 1986 Topps. I must’ve been building that set or something. It’s always especially fun to get one of these guys in the mail and it’s always something that my kids get excited seeing as well.

Much of my TTM activity though has been with customs and related projects. This year for example I scanned all the Giants Magazine covers from my youth and printed them out at 25% so they fit into 4-pocket pages. A large part of this is because I just enjoy seeing the covers but I also had an eye toward sending out some of the more-fun photoshoots for autographs. Getting the Don Robinson and Will’s World covers signed made the whole exercise especially worth it.

I did a lot of my usual customs too. A decent number of the 1956ish design. Many more of the 1978 design I’m using for Stanford players. I love getting these back and they look great all together. It’s hard to choose highlights here as well since they’re all so different. 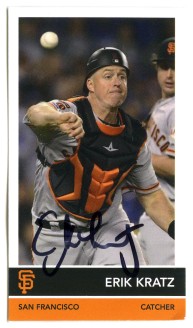 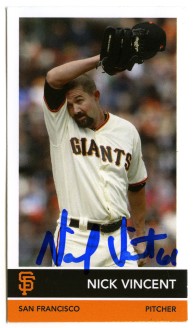 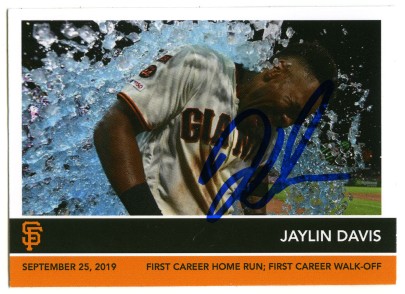 I sent a bunch of Giants customs out during spring training and got many of them back despite the Covid-interrupted season. Many of the returns are from guys who don’t have regular Giants cards too so it’s especially nice to add them to the Giants album.

I’ve also been sending out cards with photos I like. These make for easy letters to write too. I figure that even someone who’s become somewhat jaded about being on cardboard must like to see that their card made an impression on someone and be reminded that they had a memorable photo.

And finally a few other favorite players/cards I got in the past year. It’s been super productive on the TTM front and a good reminder that while I’m hoping that next year is completely different in terms of how I enjoy the hobby, a lot of positive things have happened this past year.

Rather than focusing on all the plans that blew up I’m choosing to remember that 2020 brought a lot of good things. Outside the hobby I’ve had a ton of time to just hang out with the kids and spend time as a family without having a calendar full of activities. I hope there was a lot of silver in everyone else’s clouds too.