After our first game at the beginning of this month we decided it was time to try a couple more. A good thing too since Covid numbers are going up again and it might get a bit scary to take the kids out soon. Things aren’t bad yet and hopefully we’ll respond fast enough to turn things around rather than let them spiral out of control for a month.

Anyway enough about Covid, this is about the two baseball games we went to last week as a way of salvaging a bit of normalcy for the first time in over a year.

The first game we went to was at Somerset where we got to watch some of the guys we used to watch at Trenton. It’s interesting to compare the experience to what it was when Somerset was independent a couple years ago. Food is definitely cheaper and the crowd is a bit more partisan. Something about Independent ball caused fans to be a bit agnostic about things. Being a Yankees affiliate in definitive Yankee territory though resulted in a crowd that’s a bit more vocal: heckling the opposing team, complaining about the Somerset pitching, etc.

Heck the crowd was a bit more aggressive than Trenton too. Definitely a different vibe and made all of us miss the Trenton experience a bit. It’s not Major League Baseball’s fault in this case since the Yankees are the ones who changed affiliates but the fact that Trenton ended up in the Draft League is something we can blame MLB for.

The game though was good. At first. Got through six innings in 1:45 and we were having a pretty good time. Baseball card night so we each got a small pack of four Bowman cards. Somerset was winning 6–1 and cruising. And then the wheels fell off. The last three innings took another 1:45 as Somerset’s relievers couldn’t find the plate and shipped eight runs to lose 9–7. 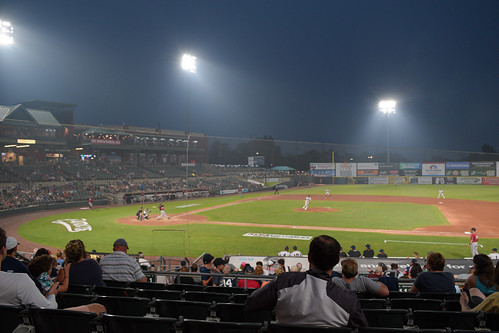 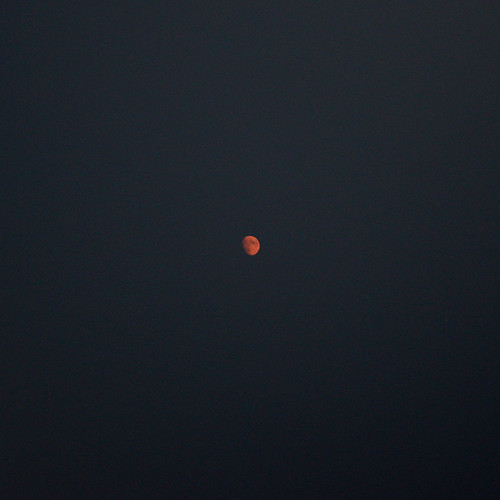 Still it was good to get out. A bit of a weird experience as the smoke from the West Coast wildfires made the air hazy and the moon red but I really like the drive through the wilderness to and from the stadium. No autographs. The boys tried for Sparky Lyle but he walked too fast and neither of them is bold enough to walk fast or call his name.

Later last week we went to a Draft League game. With the Canada border opening up again, Toronto is moving out of Buffalo and so the Bisons are leaving Trenton and returning to Buffalo. The last AAA Thunder game was last Sunday and as a result, the Draft League Thunder are moving back to Trenton for the last week of their season. 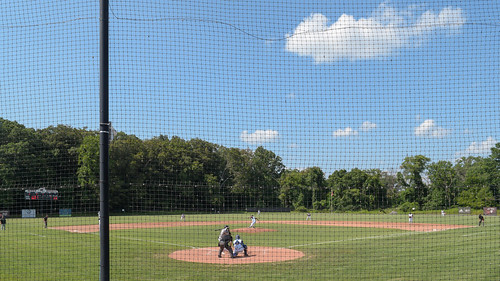 Through this month though the Draft League Thunder have been playing their games at Rider University. Free admission and I wanted to check it out. The experience couldn’t have been better. Maybe 20 of us in the stands at a small college field. Super fast crisp game—so fast they didn’t even have a national anthem or 7th inning stretch*—which finished in two hours. Started at 3:00. Ended at 5:00. 80° day with clouds in the sky and just enough shade in the stands to be comfortable.

*Still got Sweet Caroline in though.

I can’t think of a better way to spend an afternoon with the boys. Due to free admission you can’t keep foul balls but the Thunder equipment manager gave one to each of the boys since they were the only kids in the stands. Plus we added a couple more autographs to our binders. Jeff Manto is the Draft League Thunder manager and Derrick May manages the Frederick Keys and they’re both in the 1991 Topps set.

I got some of my dupes signed but I’m really just excited for the boys. My eldest is up to seven signed cards from his 1991 Topps set. He got Joe Oliver, Brian Harper, and two Frank Violas back in 2019 and has now added Casey Candeale, Jeff Manto, and Derrick May. My youngest was working my 1991 Donruss duplicates in 2019 but now has a 1991 Score set of his own so he’s gotten Candeale, Manto, and May this year to go with the TTM Will Clark he got last year.

I know I’ve wondered before what resonance these players have to my kids but I also know that by getting autographs of the guys who come through town as coaches it actually makes these sets more personal to them as well. They’re not just players who played when their dad was a kid any more. Instead they’re a way for my kids to document the games they went to with me over the past couple years.

One thought on “A pair of games”