On May 6 a robin started building a nest right by our front door. I didn’t actively discourage her but I was in and out a lot that day running errands and picking up the kids from school (it was raining). She was undeterred and two days later everything was finished. 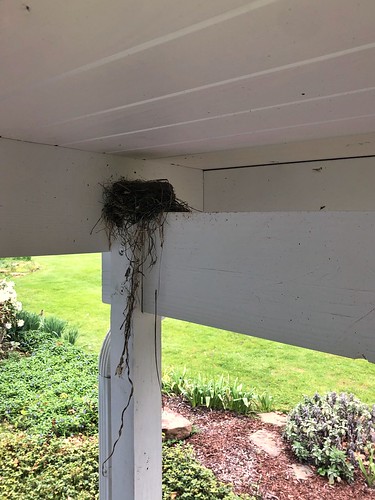 She was a bit jumpy still and tended to fly away whenever anyone approached the door or came up the walk but by the 13th she was much more comfortable and I was able to get some photos of her sitting in her nest, presumably on her eggs. 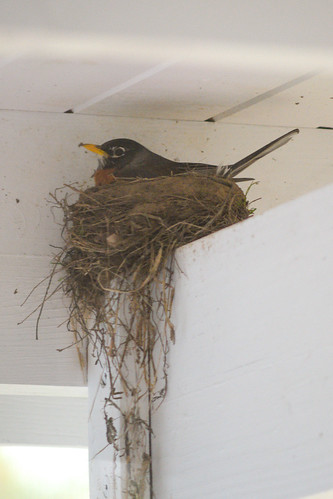 Things carried on like this for a while. On May 30 though things had visibly changed. Whenever mama robin was gone here were pointy beaks visible over the edge of the nest. 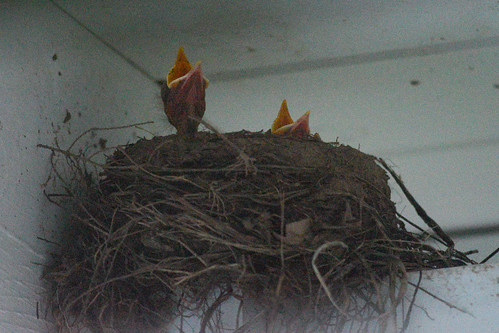 I got some better photos the following day when the light had improved. 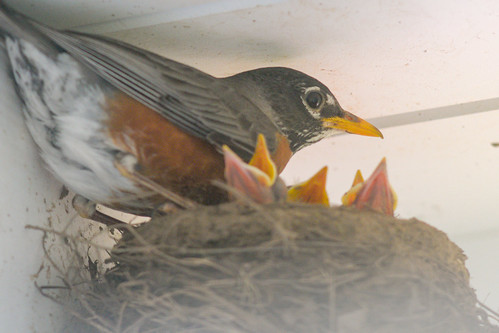 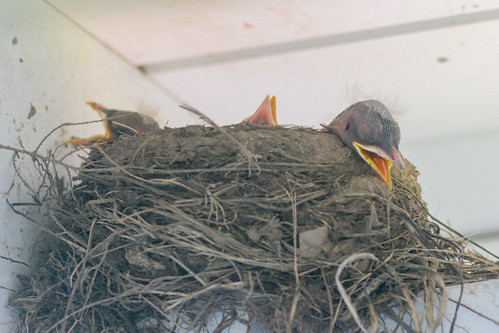 By June 2 they’d grown significantly larger and I could tell that there were four hatchlings. Mama robin had been feeding them nonstop. Mostly worms. I could never catch her feeding them with my camera though. 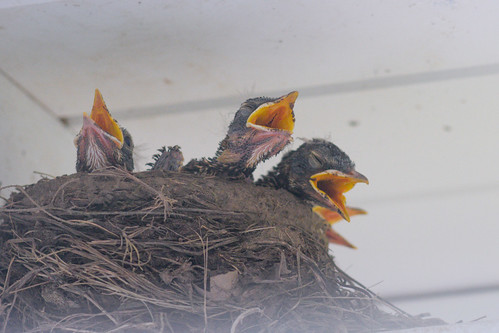 By June 5 I had no idea how all four still fit in the nest. 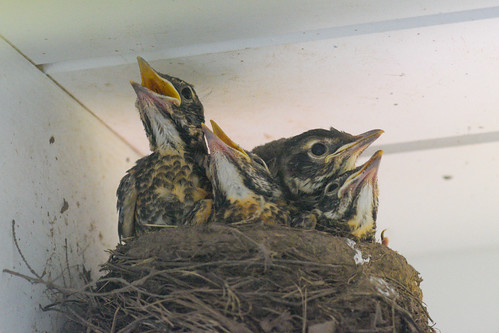 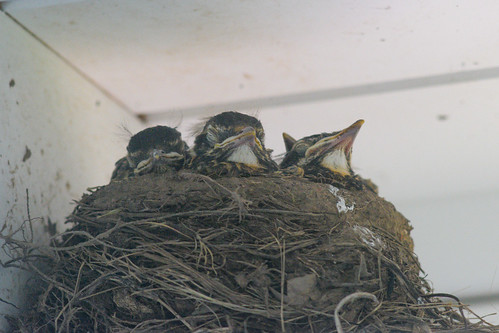 By June 8 one had decided to leave the nest. I must’ve caught it right as it was making its decision to go. 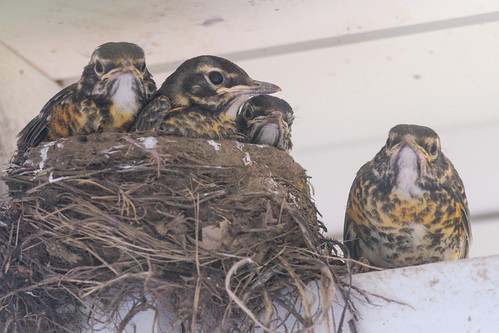 The following morning there were still three in the nest but by noon two more had flown away and there was a solitary robin left behind. Mama was still coming by with worms though. 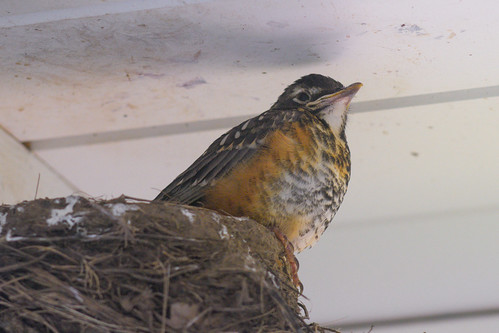 By June 10 though the last robin had left and the nest was vacant. 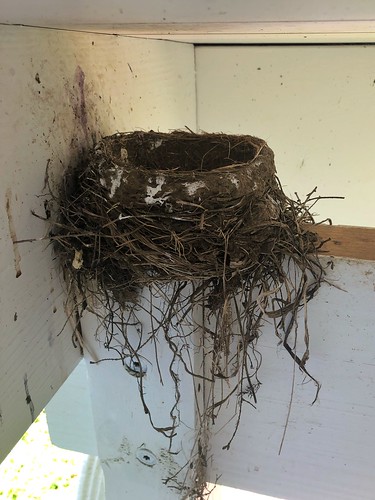 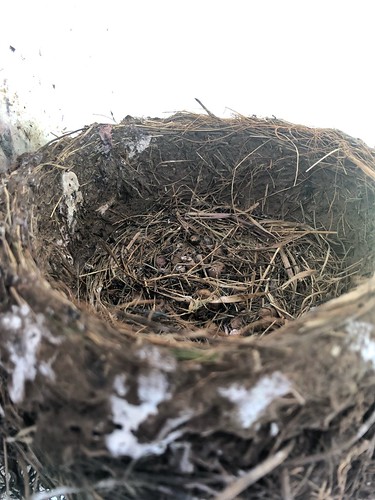 All told that was 36 days from construction to desertion. Fun to watch. While I know intellectually what was going on it’s something else to see it every day. The kids liked watching too and are already wondering if we’ll get robins again next year.

7 thoughts on “A Robin’s Nest”