One of the last things I did in California this summer was take a trip to the Legion of Honor to see their Guo Pei exhibition. The Legion isn’t on my usual rotation of museums* and fashion isn’t my area of expertise but as someone with a background in design I’m always interested in clothing.

*I’ve actually only been once and that was before I started blogging. 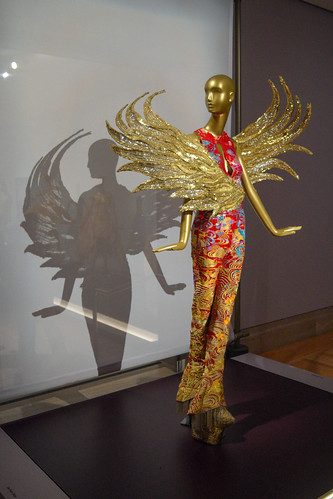 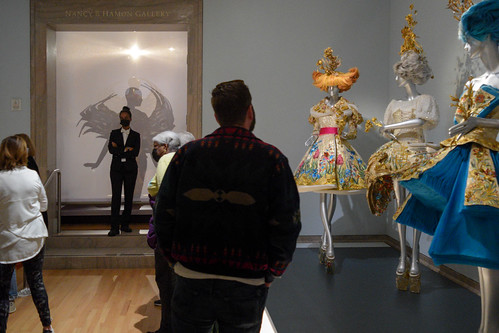 The show is staged really well with spotlights to show off the silhouettes and mannequins which frequently add life and character to the dresses. Many of the placards offer information about how long the dress took to make (in the thousands of hours with one requiring 10,000!) and it’s always good to be reminded of the labor costs behind what we’re looking at.

For me as a craft junkie, I especially like how in the many times Pei incorporates embroidery in her work, the placards would occasionally mention the specific stitches being used. I just wish there were an embroidery sampler available so that I could identify where on the garment each stitch appeared.*

*This would’ve been a fantastic opportunity to use augmented reality. 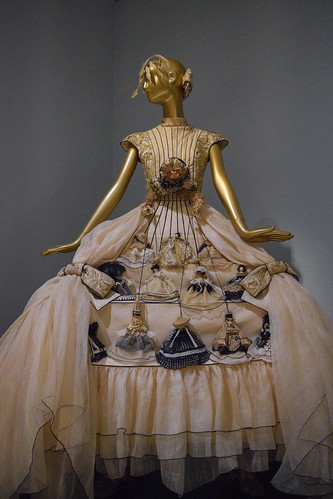 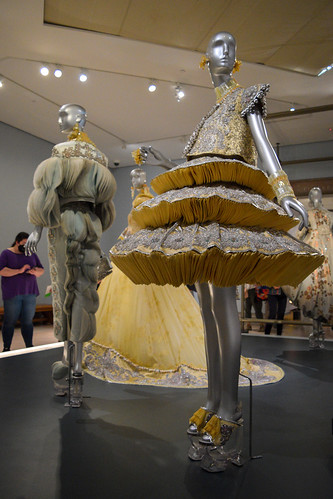 As for Pei’s work in general, it’s wonderfully theatrical with a real sense of how all clothing is costume. A lot of the dresses look like they’ll really move in interesting ways when worn while other pieces are so stiff that they probably appear as gliding sculptures on the runway. It’s a shame there were no videos in the exhibition since that would’ve answered a lot of my questions.

She blends influences from all over. Lots of traditional Chinese both in terms of the detailing and qipao-inspired cuts but Pei samples from everywhere with looks that reference places like Spain, Tibet, as well as the natural world. It’s a reminder of how art and fashion are global things where as much as you can be faithful to your roots you also have to be a multicultural sponge.

With some of her lines though I found myself wondering what it means politically for a Chinese designer to produce a Tibetan-inspired collection using Japanese fabrics. Or if in this context, Pei/China don’t even make a distinction between China and Tibet. I did appreciate that the Legion of Honor didn’t lump everything here into a pan-Asian framing and was very clear about what inspiration was coming from where. 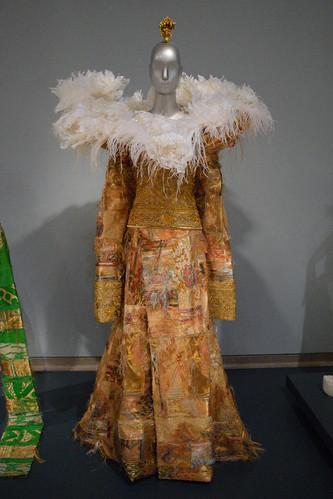 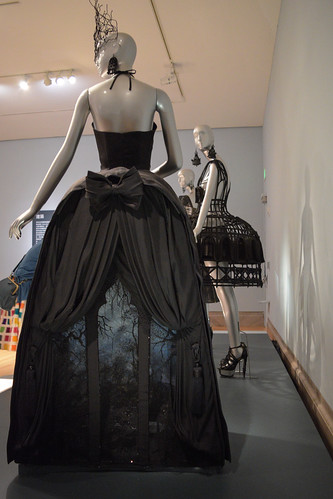 I particularly enjoyed when Pei’s dresses got kind of nerdy about the actual crafts involved. Making garments which show off the underside of embroidery is a lot of fun and acknowledges how much character and interest there is beyond just the pretty surface details.

Her architecture line is probably my favorite of the bunch in terms of the cleverness involved since she embraces the sense of architectural structure as it could be applied to fabric and ends up with dresses that work as both.*

*I had a good chuckle in the gallery when I overheard a tour guide describe some of the dresses as “gothic” since while the guide was referring to the architecture I immediately thought Hot Topic.

She had one awesome dress which was a combination garment, theater, and play all in one. It reminded me of William Kentridge’s Preparing the Flute* but as a wearable piece of art. No idea how/if it was lit while being worn but it was all kinds of amazing.

*which really needs to be seen in movie form. 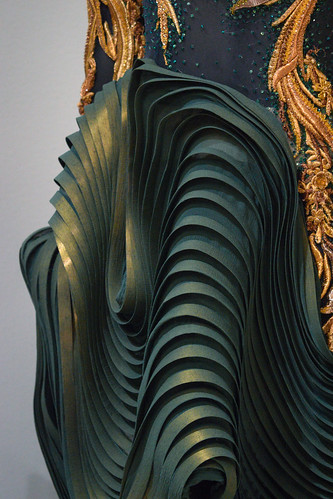 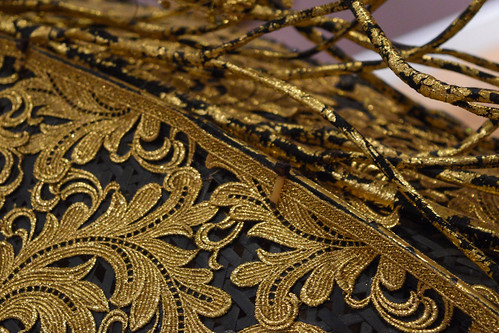 I also just really like looking at construction details. There are a lot of things which aren’t just sewing and as a result I’m often looking closely and trying to figure out how things were put together.

Some stuff like the reeds wrapped in fabric were the kind of mystery which was really interesting the theorize about. Other stuff like the giant dresses made of essentially basketry was super rewarding to notice that it was actually zip-tied together so the model could get in and out. 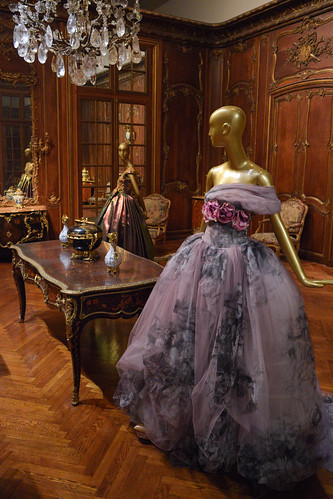 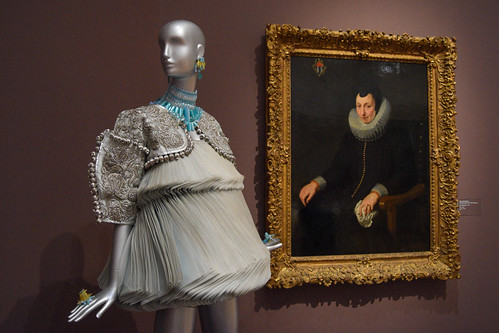 The bulk of the exhibition was downstairs and required a special ticket but the Legion had sprinkled various pieces throughout a dozen or so rooms in the permanent collection as well. Instead of a crowded room of mannequins there would be only one or two placed in a way where they interacted with the surrounding artwork.

And I really mean “interacted” here. The Legion of Honor did a fabulous job of putting dresses near paintings and objects which showed the many influences that Pei drew from in western art. It’s one thing to read about those downstairs. It’s another to see them side by side in the same room.

The lower density in these galleries also allowed the dresses to command the space more. As interesting as it is to see multiple selections from one line all together, it’s also pretty overwhelming to take in. Any one of the dresses is a showstopper by itself so having a half dozen next to each other dilutes the effect.

Having one dress which can occupy the center of a large gallery and refocus all the attention in that gallery through itself is a much more powerful way of showing how strong Guo Pei’s work is. Heck, there aren’t a lot of artworks in any medium with that ability.