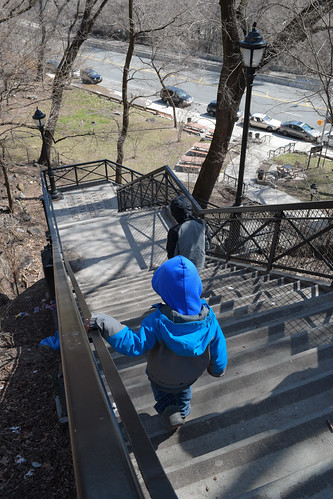 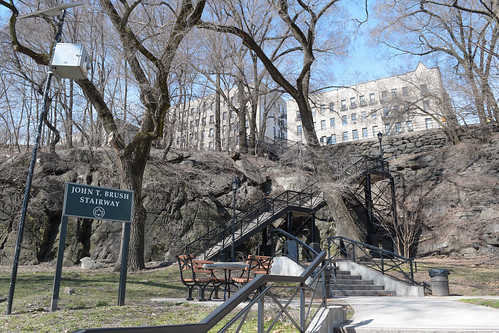 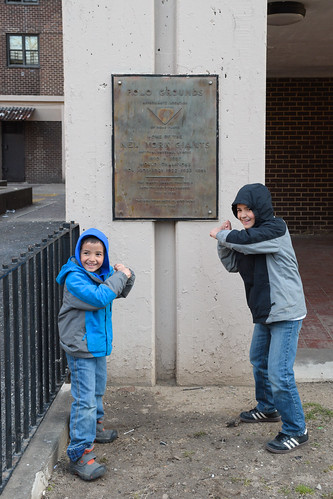 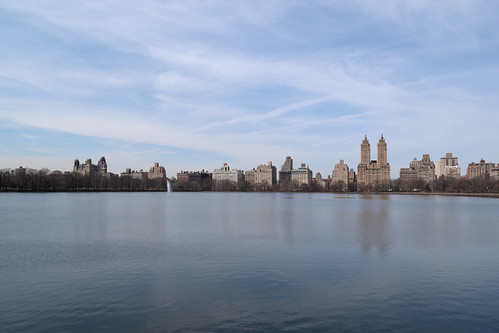 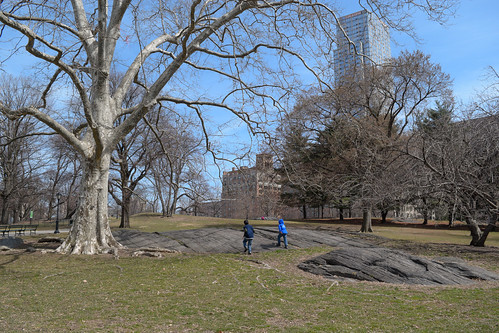 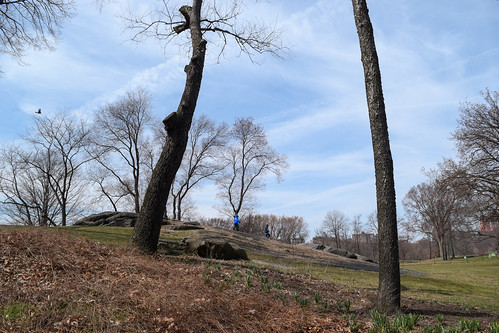 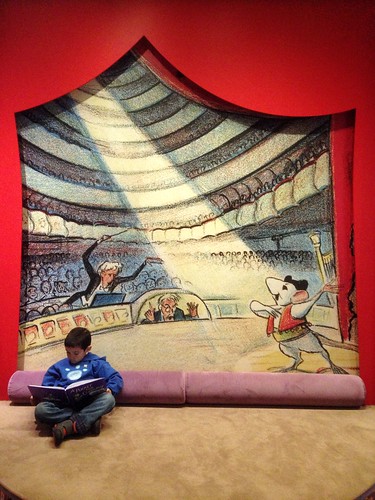 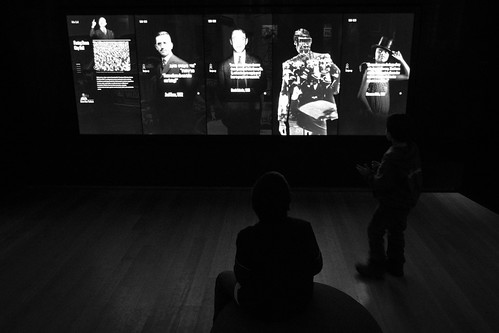 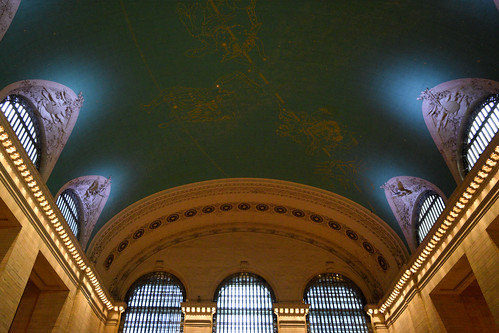 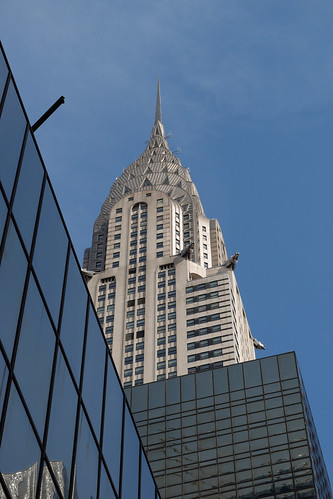 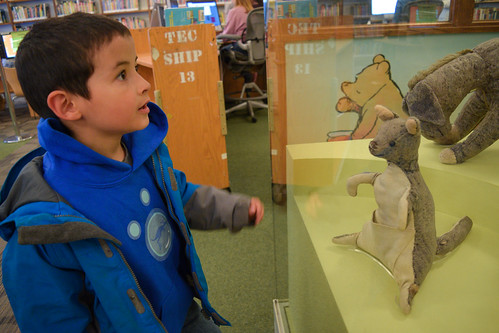 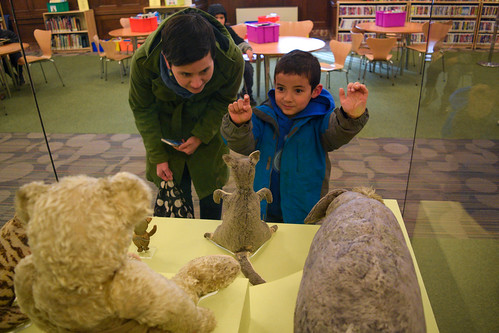 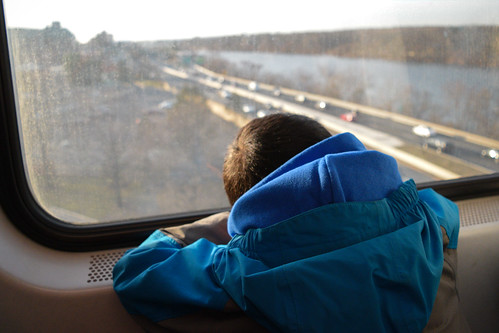 There was a lot of other stuff at MCNY besides Aids at Home. I spent the most time in the NY at its Core rooms familiarizing myself with the city’s history and the way it’s chosen to present itself.

It’s clear to me that in addition to the city’s myths the museum is actively addressing the blind spots in those myths. This is especially true in the first half of the exhibition which focuses on the growth of New York as a port city. So while I get to see all the big names I remember from my history books—Henry Hudson to Alexander Hamilton to Boss Tweed—I also get to read about the original Lenape inhabitants and how, by being a port city, New York was also integral to slave trading.

It’s also very interesting to see how small New York was—both geographically and by population—and how recent its growth and development into New York™ actually is. The exhibition chronicles the advancement of the grid across Manhattan, the transformation from farming to housing and skyscrapers, and the way that New York (before consolidation) wanted to emulate Brooklyn by building large public parks.

It’s good that the museum notes how New York only became THE American city after the Civil War and THE world city after World War 2. It’s important to be aware of how external events have benefitted New York, especially once we get close to the end of the 20th century and the museum gets to cover both New York’s decline and September 11.

There was a small exhibition of photographs around the subject of being Muslim in New York. These were good in how they reference a lot of the tropes of New York photography while updating them to reflect Muslims as everyday New Yorkers. Cricket instead of stickball. Halal street vendors instead of Hebrew National or Sabrett stands. These photos don’t challenge stereotypes as much as they treat Muslims as the everyday people they are, showing them working, praying, playing, and growing up. 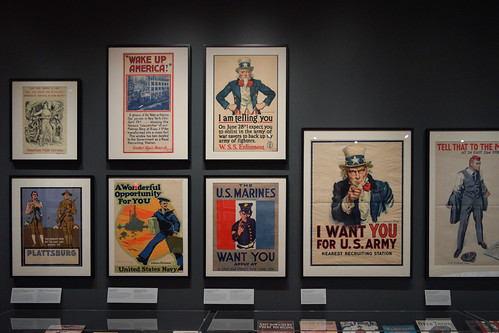 There was also a gallery of World War I posters. I don’t have much to say about these except that, while I’ve seen many of them in books and online, it’s always nice to see them in person and get a sense of what their actual sizes and colors are.

I particularly enjoy looking at how these are printed. This information which was sadly lacking in the wall text but I really like being able to distinguish between lithographs and silkscreens and trying to figure out how many inks were used and how certain effects were achieved. 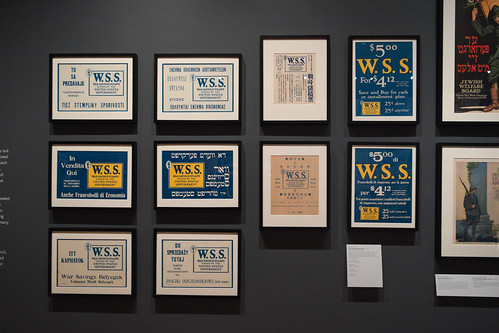 One wall was full of multi-lingual posters. It was weird for me to not see Spanish among them but the wall served as a reminder that, while one of the myths about America is that it’s an English-only country, we’ve had to deal with multiple languages for a long time.

The last room I checked out was a gallery of Todd Webb’s photographs. I’d seen these before as part of one of The Online Photographer’s book sales* but the photos, while nice enough, didn’t really grab me. I liked them much better the second time around because the museum did a wonderful job of locating them within the city.

*One I jumped on because of Dorothea Lange and George N. Barnard.

I’m not a New Yorker. I’ll never be a New Yorker. And for me, the appeal of most of Webb’s photos required a level of knowledge of the city which I just didn’t have. So it was great fun to get, in essence, a tour of the city through this photos.

Between visiting the Polo Grounds and going to The Met I ducked into the Museum of the City of New York. I’d never been before and while I planned to see the the permanent exhibition, I couldn’t help but go straight to the special ones. 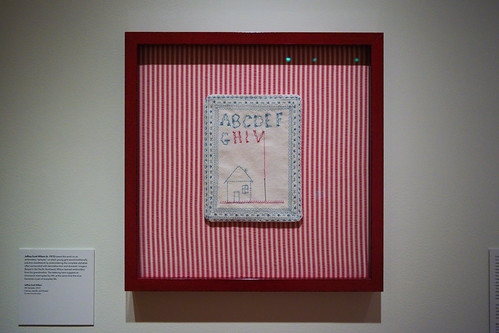 Of particular interest was the AIDS at Home show. As someone who grew up in the Bay Area during the 1980s, my sense of the epidemic is very much centered on the way that it ripped out the heart of the San Francisco gay community. It’s not a sense that the Bay Area owns the trauma, just that the sheer number of stories I grew up with—and still hear—about friends my parents lost, as well as all the similarly heartbreaking community stories make this a subject which I’m particularly sensitive to.

This is one of the first shows I’ve seen which actually addresses the role art plays in responding to the epidemic. I’d thought about this previously but while one of the critiques of modern art is that it’s often too academic, the AIDS epidemic resulted in art which is intensely personal as it dealt with personal fear and loss and anger.

With every piece I found myself checking first to see whether the artist was still alive.

Much of the art in particular—especially in the earlier rooms which deal with the beginning of the epidemic—is focused on care taking and support. The artists in this case are recording the way that end of life care works or just saving the last precious moments with loved ones. While the horror of AIDS is especially awful, much of the artwork also serves as an indictment of the general quality of both American medical care and the way we treat our elderly and infirm.

People get cut off and alienated from society. Medicine is a beacon of hope which few people can either afford or access. Thirty years later I’m still outraged by the idea that much of America ignored this issue because gays “deserved” it. Thirty years later I’m even more incensed to see the logic used to ignore AIDS being applied to all medical care.

As much as it angers me, where this exhibition is strongest is in how it ties the community response to AIDS to the current struggles to make America support its marginalized and victimized communities in general. It’s explicit in making this connection—especially in terms of gay rights and expanding the definitions of family and marriage.

The true tragedy of the AIDS epidemic is in how many people got cut off from everyone who they thought the could trust. The silver lining is that the resulting fights—which I know didn’t start in the epidemic but certainly came to a head because of the for letting partners be added to leases and medical benefits and the legal ability to make decisions for each other paved a lot of the way for the advanced we’ve made today. And while things aren’t there yet. We have made advances which, while worth celebrating, need to be defended and improved upon as well.

A few specific items caught my attention. I enjoyed the dive into the AIDS Quilt and framing it as nostalgia and an extension of the previous artworks about caregiving and housing rights. While that’s not how the project frames itself, I love the idea that the quilt, in addition to being a patchwork celebration of everyone who we’ve lost to AIDS, also reflects the sense of comfort and home and caregiving that any homemade quilt represents.

And Kia Labeija’s photography is worth a special shout out. For a show which has to deal with so much loss, it’s important to see what the following generation—in this case an artist who was born infected with AIDS—is dealing with too. Her project of photos with her moms stuff is both a powerful statement about survival as well as a remembrance of her mother—both in terms of loss and dealing with the fact that what her mother left her goes beyond material items.